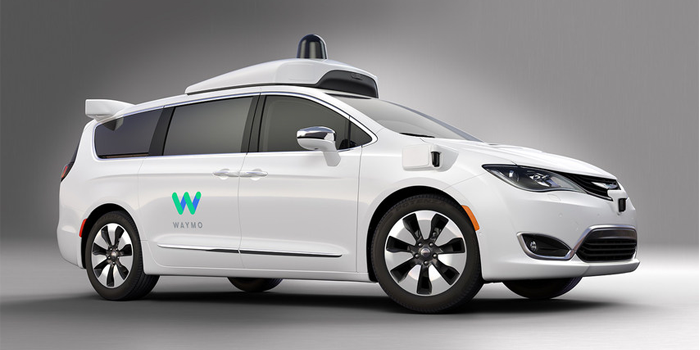 The vehicles are currently being outfitted with Waymo’s fully self-driving technology, including a purpose-built computer and a suite of sensors, telematics and other systems, and will join Waymo’s self-driving test fleet in early 2017.

This collaboration brought engineers from FCA and Waymo together to integrate Waymo’s fully self-driving system into the all-new 2017 Chrysler Pacifica Hybrid minivan leveraging each company’s individual strengths and resources, according to the company. Engineering modifications to the minivan’s electrical, powertrain, chassis and structural systems were implemented to optimize the Pacifica Hybrid for Waymo’s fully self-driving technology.

“The Pacifica Hybrid will be a great addition to our fully self-driving test fleet,” said John Krafcik, CEO, Waymo. “FCA’s product development and manufacturing teams have been agile partners, enabling us to go from program kickoff to full vehicle assembly in just six months. They’ve been great partners, and we look forward to continued teamwork with them as we move into 2017.”

Waymo and FCA co-located part of their engineering teams at a facility in southeastern Michigan to accelerate the overall development process. In addition, extensive testing was carried out at FCA’s proving grounds in Chelsea, Mich., and in Yucca, Ariz., as well as Waymo test sites in California.

“As consumers’ transportation needs evolve, strategic collaborations such as this one are vital to promoting a culture of innovation, safety and technology,” said Sergio Marchionne, CEO, FCA. “Our partnership with Waymo enables FCA to directly address the opportunities and challenges the automotive industry faces as we quickly approach a future where fully self-driving vehicles are very much a part of our daily lives.”

Self-driving cars have the potential to prevent some of the 1.2 million deaths that occur each year on roads worldwide, 94 percent of which are caused by human error. This collaboration will help FCA and Waymo better understand what it will take to bring self-driving cars into the world.