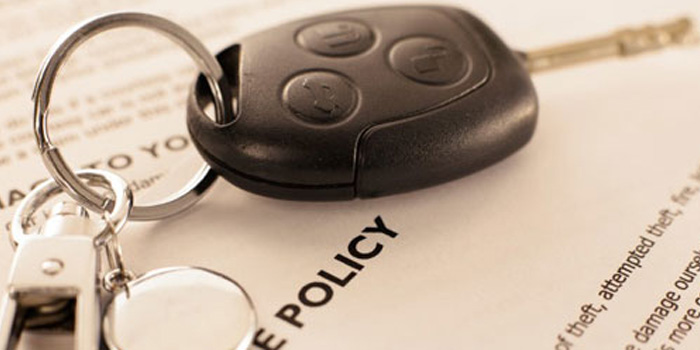 When speaking with collision repairers across the country, I’ve found that many are not familiar with these terms – even though they often play a pivotal role in collision repair.

First, let me say that I am not an attorney and therefore cannot provide legal counsel. The information I will provide in this column is simply based on my knowledge, training and experience in the insurance and collision repair industries. If you need legal counsel, you should seek a legal professional licensed to practice law in your area.

When speaking with collision repairers across the country, I’ve found that many are not familiar with these terms – even though they often play a pivotal role in collision repair.

The terms “first party,” “second party” and “third party” are terms that come into play when a claim is being made against an insurance policy contract by the involved parties.

A contract of insurance or “policy contract” is basically an agreement between two parties creating legal obligation/duties for both. Each party is legally and contractually bound to perform the specified duties (as outlined in the policy contract) such as rendering a payment or delivering goods/services. Failure by either party could result in a claim for “breach of contract.”

In order for the contract to be enforceable, each party must exchange something of value (“valuable consideration”), such as the named insured paying their premiums on time in exchange for continued insurance coverage and peace-of-mind regarding the benefits (economic protection) owed in the event of a loss.

Insurance coverage is often referred to as either “first-party” or “third-party.”

Liability insurance is considered “third-party” insurance because the insurer (second party) makes payments on behalf of the policyholder (first party) to a claimant (third party) who is injured or whose property is damaged due to the policyholder’s negligence.

A first-party insurance claim is when the party who purchased the insurance policy (the “named insured” or “policyholder”) makes a claim against their own insurer (the second party). This may be under their collision or comprehensive coverage for the repair or replacement of their vehicle due to damages incurred in a covered loss and may include related costs such as rental car allowances.

These are claims that are contingent on the specific language of the insurance policy contract. An example of a first-party claim would be a vehicle owner who has an auto accident. In this case, the policyholder (first party) will make a claim with their own insurance company (second party) to cover the damage and repair costs, rental, etc. The insurance company is contractually bound to compensate their policyholder according to what the insurance policy/contract promises as well as its limitations and exclusions. This is why vehicle owners need to make sure they know and understand what is covered and what is excluded in their policy and tailor their policies to fit their specific needs.

In a third-party insurance claim, there are three parties. As noted previously, the first party is the named insured (policyholder), the second party is their insurance company (policy issuer) and the third party are those who have been damaged as a result of the policyholder’s negligence and are seeking recovery for the resulting damages against the first party who was found negligent in the loss.

The most common type of third-party insurance claims is often referred to as a “bodily injury liability” or “property damage” claim. For example, if you cause an accident and damage another person’s vehicle and/or cause injury to others, the injured party is a third-party claimant who can file a claim against you for their damages you have caused due to your negligence. If you have the coverage available to you, you can then seek protection from your own insurance company to step in and resolve the claim to protect your financial assets and liabilities up to the financial limits of your liability coverage.

Using this example, because there is no contract between the insurance company and third-party claimant (the injured party), the claimant is entitled to make claims for damages that may not be provided to the first party (policyholder) under their insurance policy, such as OEM replacement parts, personal contents, payment for rental or “loss of use,” loss of wages, compensation for medical bills, pain and suffering, etc. In other words, other than the policyholder’s limits of liability coverage (maximum amount available), third-party claimants’ damages are not limited under the first party’s policy contract and they may seek recovery of all damages sustained and required to restore them to pre-loss condition. Damages that cannot be restored physically (by repair or replacement) may require economic payments to fully indemnify them or make them whole (i.e. diminished value).

It’s also important to understand that there is no mandate, law or obligation for the third-party victim to deal with the at-fault party’s insurer. They may have the option of seeking recovery of their damages from their own insurer under the terms of their policy contract or seeking recovery of their damages directly from the at-fault negligent party. The general rule is that consumers will most often seek recovery from the negligent party’s insurer; however, this is generally as a mere courtesy or simply a matter of convenience.

Unfortunately, in recent years, we’ve seen a steady increase in insurer abuses through denials and underpayments (short-pays) where first-party and third-party claims are not handled in what some would consider “good faith dealing.” As such, our company, Auto Damage Experts, is called upon by more and more quality-oriented repairers seeking knowledge and guidance in helping their customers receive fair consideration for their losses.

One thing that is important to understand is that when a person is found at-fault for a loss resulting in damages to another, regardless of the insurance or limits of coverage they may have, at the end of the day, the negligent party remains financially responsible for all damages and injuries they have caused.

I understand that this topic can be somewhat confusing – and I’ve only touched on the many nuances of an insurance policy as it pertains to collision repair. I will address this topic further in future articles to provide a better understanding of insurance policies and what repairers should know in order to serve their customers well and protect themselves from inaccurate information.

Barrett Smith, AAM, is the founder and president of Auto Damage Experts Inc., which has been providing automotive inspection and expert legal services nationwide since 1997. He can be reached at (813) 657-6705 or [email protected]

Advertisement
In this article:barrett smith, insurance