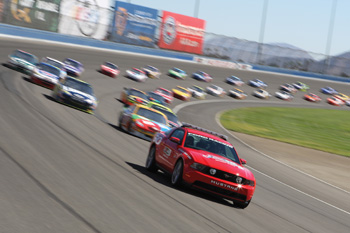 Hiring the right people and identifying those who have potential for leadership roles is crucial for companies to grow and prosper in today’s business climate.

Interviewing prospective employees is kind of like drafting an NFL player: you can do all your homework and give a battery of tests to the candidates, but ultimately it’s a crapshoot. You just never know if a person is going to work out or not.

It doesn’t get any easier trying to find out if the person you hired has potential to rise through the ranks and become a leader. But there are specific steps you can take to increase the odds of solidifying your future workforce with key decision-makers.

Daren Fristoe of The Fristoe Group has spent his entire career helping companies with human resource issues and identifying and developing key employees. He knows exactly who fits the mold of a leader.

“Someone who has the ability to learn, has a higher level of intelligence, is adaptable and willing to change, and has a vision in terms of understanding the entire business, not just their silo,” says Fristoe. “They understand how the pieces fit together, and they show that high potential pretty early on.”

Unfortunately, not every person can be trained to be a leader. There are certain things that can be taught, but there are some leadership attributes that people either have or don’t have and there’s not much you can do about it.

“For example, that intellectual curiosity and wondering how things fit together,” says Fristoe. “If they have those muscles, you can develop them, just like an athlete. I think there are layers of that that are hardwired and remind us of the term ‘natural born leader.’ Those are the people who are confident, understand how things fit together, and are willing to learn, willing to listen and, at the end of the day, willing to lead. And others readily follow them and pay attention.”

Even though not everyone has what it takes to be a leader, there are actions a company can take to increase their chances of finding one. The first question companies need to ask themselves, says Fristoe, is, “Are we hiring people who have the potential to become leaders? Or, are we just hiring people to work for us?” Second, companies need to determine if they’re developing the people they already have into leaders.

“I encourage companies who are hiring to think about it as a proactive succession planning process,” says Fristoe. “Who’s the next [insert name of existing quality leader in your company – let’s say Mike]? We need to bring that person in and develop that person so Mike has other opportunities. That person has to be confident in the organization and think about what the company needs to do in the future to be competitive.”

One way companies can find that person is through predictive testing. Fristoe says there are a number of personality profiling tests that companies can use to find out if a person has potential to be a leader. But companies also need to understand their business and have a vision of what they’re looking for.

“If you’re looking for the next controller, and the controller you have has only two years of experience as a controller and 20 years in the marketplace, you’re not in the right focus,” says Fristoe. “But if you’re looking for someone to take over a different department or position, that’s a different story. Do you need someone who’s a cheerleader, a bridge to other departments or a mediator…or all of those things?”

The person should probably have strengths in multiple areas, someone who can fit well in a number of different departments. Ultimately, says Fristoe, it comes down to a company having solid performance management processes and an employee development program which will allow it to easily identify high-potential employees. 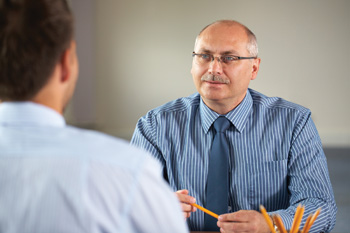 Interviewing well is crucial for companies to find the right employees that will fit into their culture and potentially fill the role of a leader in the future.

Fristoe uses the example of hiring for a junior or assistant manager. In examining a resume, he would look to see if a person had any experience in leading other people and if they were held accountable for their performance. To him, the title of manager on the resume isn’t good enough. He wants to see a project the person may have led that they owned from start to finish. And then it’s all about phrasing the question right to elicit the kind of behavior that can be telling.

“You might ask, ‘Tom, tell me about a time when you led a project,’” says Fristoe. “If you have someone who is a skilled interviewee and they try to dance around the question, they’ll probably use the word ‘we’ a lot. ‘We worked on a plan, had a party and celebrated when it was over.’ But you were the project manager, so what did you do? I need to know that they did more than arrange the party or bring in the whiteboard. I need to know that they not only collaborated with other people but really formatted that into an endgame.”

Another thing Fristoe looks for on a resume is progression of career, meaning that they started on a lower level but then rose to a level of higher responsibility. He also looks for unusual gaps between employment, which he says that lots of people unfortunately have right now.

“Obviously, those gaps right now are primarily due to the economy,” he says. “They’ve gone to different places and things didn’t work out the way they wanted or the company changed and it’s a different game than it was when they started 20 to 25 years ago.”

Fristoe is also a stickler for eye contact. He knows that there are people who are uncomfortable with it but he thinks it’s incredibly valuable. And when they don’t offer eye contact, it’s unnerving.

“Remember, they’re trying to sell themselves,” he says. “I want them to look me in the eye, show me confidence, intelligence, willingness to learn, adaptability, coachability and any other ability to lead other people.”

Fristoe related a story about a personal experience that, at the time, seemed like the worst moment of his life but one that he now knows was the best from a career standpoint. His manager literally threw him in front of a crowd of sales reps to deliver a very bad message. He says it was awful but he got through it and now knows that only a person with leadership qualities could endure such an exercise.

This “day and age” is full of Generation Y people, or the “employees of tomorrow,” Fristoe says, who want to know why you’re asking them to do something.

“It’s not the good ol’ days where you can respond, ‘It’s because I told you to and I’m your boss. There’s a pretty healthy skepticism of the way things are done now,” says Fristoe.

The new employees in the marketplace are not big believers in precedence, says Fristoe, but believers in doing things the right way fast and then moving on to the next task and learning and growing along the way.

Important leaders, Fristoe says, understand the value of team, communication, motivation, recognition and coaching. He says individuals who are responsible for hiring should look back in their careers and recall the best leaders they ever had and figure out what made them great. They can then look for the same qualities in prospective hires.

So you make it through the interview process and hire someone. Then what? Fristoe goes back to the development plan he referenced earlier. First, you have to have a plan; unfortunately, not every company does. And it’s more than just managing their performance – it’s setting up a plan for the year where the employee is given steps to take to achieve a goal in a certain timeframe.

“If you have a timeframe attached to it, it’s tougher because you’re wed to that,” says Fristoe. “But you’re trying to figure out a way for the employee to buy in and become part of the process.”

Maybe the supervisor of the new hire tells them that, over the next three months, they’re going to take certain classes and they’re also going to fill-in for a manager who’s going on vacation.

“They’re getting their feet wet,” says Fristoe. “They’re not empowered to burn the house down but they do have the ability to make some lower level decisions, which will allow you to see what they’re doing and how they’re doing it. There’s no reason to throw them in the deep end in the beginning…unless you don’t want them to stay.”

No one likes to think negatively, but another plus to measuring a new employee’s performance is that, if something blows up, you’re essentially documenting why it blew up.

If Fristoe could pick just one quality he likes to see in a potential leader, it would be the ability and willingness to adapt.

“They should have the confidence to say, ‘I’m going to do this for awhile because I’m going to go there, and to get there I have to go through here,’” he says. “But a manager has to tell them that, which again is why it’s important to have a process in place to develop those employees you’ve designated as having high potential.”

Hiring the right people is more critical today than it ever has been, says Fristoe. As companies have reduced their staff, they have been forced to do more and more with the people they have. And it’s important to spend the time and money on those individuals who show the most potential so it doesn’t go to waste.

“If you put managers on rotation to teach them the rest of the business, that’s hugely valuable,” says Fristoe. “If you connect them to senior leadership as mentors or mentorees, that’s hugely impactful. It gives them a platform to start growing.”

The bottom line is that if you hire people right, develop them right and communicate all along the way, then you’ll win. And you’ll be able to do it with a smaller headcount, which will increase your bottom line.