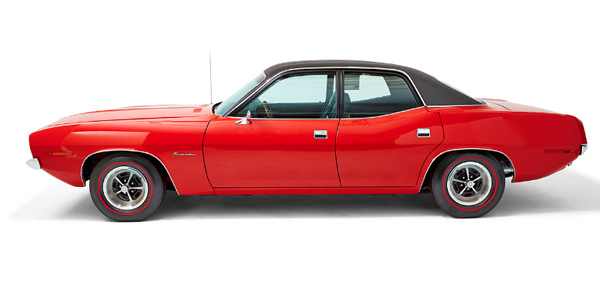 The four-door Plymouth Barracuda concept car was a ghost – until Dave Walden built one from scratch.

Legend has it that in 1969, a Chrysler employee witnessed a red four-door Plymouth Barracuda prototype sitting on a loading dock at the automaker’s Highland Park, Mich., headquarters.

Whether that story is true or not is immaterial. All that matters is that the purported four-door Cuda sighting was the inspiration for Dave Walden’s latest – and perhaps greatest – restoration project.

It all started in 2010 when Walden, owner of ECS Automotive Concepts in Chesterfield, Mo., came across an artist’s rendering of a light blue/gray concept four-door Barracuda. Walden and his friend, Steve Been, decided to build a four-door Barracuda based off the rendering – with a few notable modifications.

“We decided to build one with a rally hood, Gator Grain top, 383 CID engine and Lemon Twist yellow in color,” Walden explains in his blog. “After discussing the possibilities, we concluded it would have to be built from an existing four-door Chrysler platform. The closest option that would give us what was needed was a 1971-1974 four-door Coronet or Satellite.”

After doing some additional research on how to engineer the components for the build, Been stumbled upon an article by Roger Johnson – the aforementioned Chrysler employee who claims he spotted a four-door Barracuda in 1969 at Chrysler’s headquarters.

In the article, Johnson recalled that the prototype was red.

“After reading [Johnson’s] commentary on this concept vehicle, I decided to take a different direction with the project,” Walden says in his blog. “Instead of building the vehicle the way we originally planned, I decided to build the car to represent the concept that Mr. Johnson had written about. I then chose to take things one step further. What if Chrysler had actually built a four-door Barracuda? With that mindset, I decided to do a ‘What If’ theme similar to the one in the movie, ‘It’s a Wonderful Life.’” 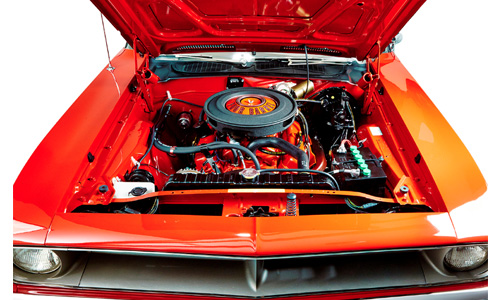 Walden decided to build the four-door Barracuda as if Chrysler had given a thumbs-up to the concept.

“This new course also allowed us to incorporate all of our past OE experience into this one-of-a-kind custom car,” Walden says. “In essence, we became the factory in the building of this unique vehicle.”

After getting in touch with Johnson in March 2013, Walden decided to add various options to the car, as Johnson couldn’t provide details such as the powertrain of the concept car.

“As a matter of fact, he said he wasn’t sure if the concept had a powertrain installed at all,” Walden says. “It just looked like it was ready to drive from his 75-foot vantage point.”

Starting with a 1972 Dodge Coronet four-door shell, Walden and Been – with some help from Rick Bommarito in 2014 and 2015 – built the four-door Cuda from scratch.

“Every component had to be modified to fit this ‘one-of-none’ car,” Walden explains in an email. 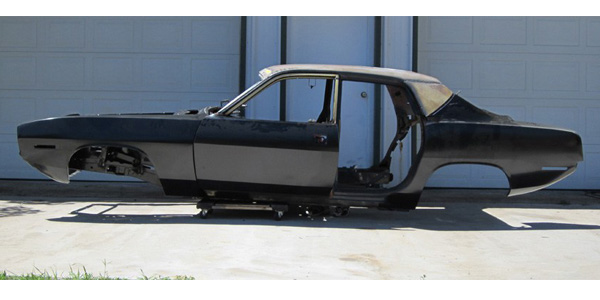 That means every nut, washer, hose, wire fastener, body component, bracket and interior piece had to be collected, fabricated and assembled from scratch.

“To get this project started, we needed a roof, A-pillars and B-pillars from a Chrysler four-door platform,” Walden says in his blog. “Even after finding those pieces, they still had to be cut apart and altered to accommodate our design. They no longer exhibit their original shapes or factory composition. Many of the changes that were made are drastic yet unnoticeable at a glance.”

Not one exterior panel will fit any other Chrysler-built vehicle, Walden explains. The team even had to alter the door hinges to work with the custom doors.

Likewise, all of the interior components – from the rear armrest fillers to the tilt telescopic steering column – are custom fabricated parts. 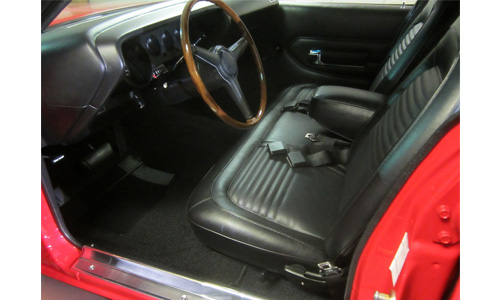 “There were hundreds of major alterations necessary for this project build to materialize,” Walden says in his blog. “It took over six years and more than 10,000 man-hours to complete. It’s a custom car, designed and built from scratch, that looks like a factory-assembled 1970 four-door Barracuda.”

In April, the public got to see the fruits of their labor at the Muscle Cars at the Strip show in Las Vegas. Walden says the four-door Cuda also will be on display at the 2017 SEMA Show.

We’ll never know if the public would’ve embraced a four-door version of the Barracuda, because Chrysler never made it. And we might never be able to confirm that Chrysler produced a four-door prototype in the first place. Thanks to Walden, though, it’s easy to imagine what might’ve been.