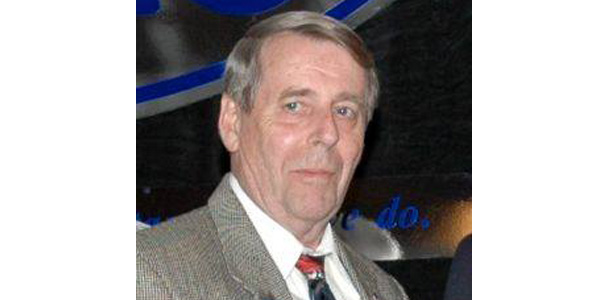 Gene Hamilton, co-founder of the Georgia Collision Industry Association (GCIA) and past chairman of the Society of Collision Repair Specialists (SCRS) and I-CAR, has passed away.

Gene Hamilton, co-founder of the Georgia Collision Industry Association (GCIA), past chairman of the Society of Collision Repair Specialists (SCRS) and I-CAR, and the 2006 BodyShop Business Executive of the Year, has passed away.

“He was a hugely successful shop owner and got involved in trying to better the industry on behalf of everyone who toiled in it,” Collision Industry Conference organizer and SCRS co-founder Jeff Hendler said.

Hamilton owned Sports & Imports Collision in Georgia and became active in the collision repair industry in the 1990s. By 1998, he had made enough of an impact to be inducted into the Hall of Eagles, the industry’s hall of fame.

By 2000, he had been elected chairman of SCRS, after already having won the industry’s Green Shop Award and Industry Achievement Award – the latter for urging manufacturers and vendors to donate money they had been earmarking for industry parties to auto body repair nonprofits.

In 2003, Hamilton was named chairman of I-CAR. He also was a board member of the I-CAR Education Foundation and Gold Class Steering Committee.

In 2015, SCRS honored Hamilton with the Lifetime Honorary Membership Award – one of only four bestowed by the organization in its 30-plus-year history.

Sports & Imports General Manager Michelle Coombs, speaking on behalf of her father, said then that he would probably tell the audience that the industry has given him more than he’s given it.

“Gene Hamilton is one of the most respected and recognized people in the collision repair industry today,” GCIA wrote in 2013. “This is not only because of his many accomplishments, awards and business successes, but also because in 1997 Gene helped start the Georgia Collision Industry Association that has helped local, regional and national repairers as well.

“From the beginning of his career, he has held a passion for our industry. For Gene, it has never been enough to turn out high-quality repairs in his facilities. He has always believed that anything he can do to improve the reputation and respect of the collision repair industry at large would not only make his business model sustainable but would assist his many friends, peers and, yes, even competitors provide safer and more reliable repairs for the consumer.

“In the end, it has always been about ensuring that friends and families can feel confident that their vehicle was repaired to pre-accident condition and by a true collision repair professional. Gene knows that collision professionals working together is the only way to make improvements in and to better our industry.”