Hand Tool Guide: Give Yourself a Hand 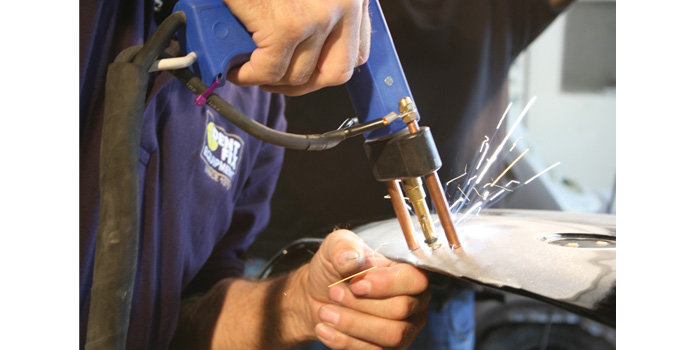 Hand tools have been around, in one form or another, since the Stone Age. At that time, stones were used for not only hammering but for cutting as well.

Needless to say, hand tools have evolved greatly since we last dragged our knuckles. And the number specifically designed for the collision repair industry is endless, ranging from sanders to grinders to stud welder dent repair kits and glass removal tools. They make the task of repairing cars that much faster and easier, and there’s pretty much a tool for every task. And if there isn’t, rest assured it will be invented soon!

What do the makers of these hand tools feel the future holds for these modern marvels? How do they make repairers’ jobs easier? And how can such powerful instruments change or adapt for the vehicles of the future?

We asked companies these questions, and they all had at least one common answer: There will always be a place for hand tools in auto body shops.

“If you were on a tool website and you clicked on ‘tools,’ you probably wouldn’t see our stuff, as far as what most people in the industry recognize as hand tools,” explains John Schnicker, automotive product manager at NLC Lenco, which sells the LP 2000, a dent-pulling system. “If, for instance, a customer brings the automobile in because it has been crashed but they don’t necessarily have to replace a fender or an outer panel and they just have dents that they have to repair, the LP 2000 makes that process a lot easier.”

Schnicker adds, “There will always be a future for hand tools. So many technicians now are purchasing a lot of their own hand tools as opposed to the shops purchasing them.”

Adam Smith, export marketing manager for BTB Auto Glass & Body Shop Tools, explains how BTB has been involved in producing hand tools designed to save money by not causing additional collateral damage to the vehicle.

“Hand tools are always going to be around,” says Smith. “Anybody who thinks that power tools are going to take over is mistaken.”

BTB works with a lot of vehicle manufacturers in developing procedures for repairing vehicles.

“Last year, we were over at Tesla in California developing procedures for them for safely removing auto glass and their panoramic roof system,” Smith says.

Smith describes how health and safety has become a big issue as of late in some countries and how it’s increasing more and more in other countries.

“Personal injury has become an enormous issue that we’ve been aware of and have been dealing with a lot longer than the general industry has,” says Smith. “We’ve been manufacturing our power tools and developing our hand tool range as well to cater to the worst-case scenario.”

“Each year, more and more cars are out on the road or being produced,” he says. “More cars means more wrecks, so there’s always going to be that need for repair. The way businesses are run, it’s easier to replace than it is to repair.”

“We focus on ergonomics, quality and very low vibration. We’re very well known in this industry for quality performance. In fact, we started the palm sander many years ago; Dynabrade is the inventor of it.

“People are getting a little bit smarter. You want to use tools that are more ergonomic and user-friendly because you don’t want to have carpal tunnel and you don’t want to lose or damage your hearing. Eventually, everybody wants to be along those same guidelines.”

Steve Kohlman, founder and owner of Steve’s Spot Weld Bit Sharpening, is adamant that hand tools have a solid spot in body shops.

“[The bits] cost $15 to $20 apiece,” explains Kohlman. “Then, once they’re dull, you throw them in the garbage. I sharpen them for shops in 18 different states now and it saves them 60 percent on spot weld bits. It’s just a great cost savings for all the body shops that do use my service.”

Despite the saying, people are always going to try and reinvent the wheel. And when it comes to hand tools, the future is really exciting.

Lenco’s Schnicker believes it all comes down to the bottom line – that shops are always going to try to buy the most efficient tool for the best price.

“Companies are going to try to continue to manufacture things that are easier to use and make the job faster,” says Schnicker. “Anything they can do to save time is going to make them more money.”

BTB Auto Glass & Body Shop Tools’ Smith believes usability will be the main focus of any type of evolution when it comes to hand tools.

A tool will be able “to do the job that it does, better – doing the job on a car without creating collateral damage, like scratching paint and damaging trim.”

Geoff Preston, director of marketing for Dent Fix Equipment, believes the evolution in hand tools won’t be in what type of technology they use but the amount of technology. “

A lot of people are going to try and do a lot of cordless, battery-operated tools, just because battery technology is jumping leaps and bounds all the time,” says Preston.

“Our aluminum repair system is probably our No. 1 right now,” says Preston. “Ever since they announced the 2015 F-150, we’ve seen our sales jump like crazy.”

“I can see [hand tools] getting lighter, because that’s the big drawback: the weight and the short lifespan,” says Preston. “Pneumatics, plugs and wires are always going to rule because they’re reliable.”

Cebotech President Bill Berman also points to aluminum as the real driver behind the current evolution of hand tools.

“I think that because of aluminum, you’re going to see more specialized tools coming out,” says Berman. “With some of the new steels that are being developed, there may be some new tools coming out for steel. But aluminum, I think, is the real driver right now.”

Cebotech’s tools have all been created for auto body uses, Berman explains.

“Of the tools we sell, the one that’s going to probably change the most in, let’s say, the next year, is the rivet gun. There are some requirements that the automakers have for the rivet gun that are forcing us to develop it into something else other than what we’re making today. The rivet gun is going to see a lot of changes in the next year.”

There are all kinds of hand tools and choices out there, which are solely in the hands of the techs as they provide their own tools. But making the right choice can save precious time, allowing a tech to be more efficient and profitable.

“Having the right tool for the job makes a world of difference for both the shop and the tech,” said Induction Innovations President Tom Gough. “The more efficient a tech can operate, the more productive the tech can be, which all equates to dollars for both parties.

“In the 28 years I spent as a collision tech, I had the opportunity to work with many different techs. Some had very little in their tool arsenal, and some like myself had a war chest. Needless to say, those with only a small arsenal spent much of their time using screwdrivers as pry bars, wandering around the shop looking to borrow someone else’s tools or just ending up doing a lousy repair job. Meanwhile, the tech with the war chest was able to focus immediately on the repair that needed to be done with the right tool and achieved a quality repair that all parties – the tech, the shop and the customer – could be proud of. This is a win-win-win that equates to a happy repeat customer.”

Gough believes an example of having the right tool would be owning one of Induction Innovations’ induction heaters. Instead of spending lots of time messily grinding off seam sealers with expensive grinding wheels, repairers could do the same task in a fraction of the time with no mess and no consumable with the Inductor line of handheld induction tools.

The industry today is indeed different than the one Gough worked in as a tech, particularly when it comes to repair vs. replace and hand tools specifically for aluminum.

“When I left the repair side of the industry after innovating the many uses of induction heating, the term ‘repair’ was beginning to be replaced by ‘replace,’” he says. “Borderline wrecks you once thought of fixing started becoming total losses due to the requirements that components had to be replaced rather than repaired. In the case where a vehicle is not a total loss, what you once may have repaired now gets replaced. This is great for the manufacturer selling the part, and perhaps good for the shop as they make a small margin on the part. However, it yields less labor from the technician. In the event of a ‘repair,’ though, as the vehicles change, so will the manner of repair.

“We’re beginning to see and hear a lot more about aluminum vehicles, which requires a separate set of tools dedicated to aluminum to avoid cross-contamination of dissimilar metals and prevent electrolysis, or an electrochemical process that destroys metal, reducing its thickness and strength. This kind of metal corrosion is also strongly linked to cracking paint; either condition may precipitate the other. This is why bumpers were literally falling off cars in the late ’70s. The car manufacturers were bolting aluminum bumpers on to steel frames to help reduce weight and increase mileage mandated by the government.

“When making an aluminum dent repair, one process may be to stress relieve the metal before making the repair. This can be done, of course, with our Rosebud attachment. If you don’t stress relieve first, you can cause micro fractures in the metal as aluminum does not bend well. “The more we ‘replace,’ my thinking is the more we’ll be using ordinary hand tools. The shops will still need the capital equipment, though, for replacing and aligning structural components. In the future, we’ll have to wait and see what manufacturers deliver to us. With regard to mechanical, electronics and computers, expect to see many changes. Driverless cars? ‘Necessity is the mother of invention.’” 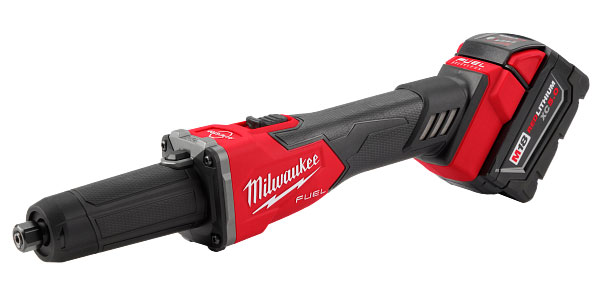 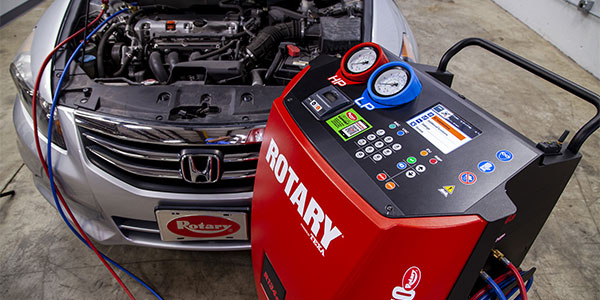 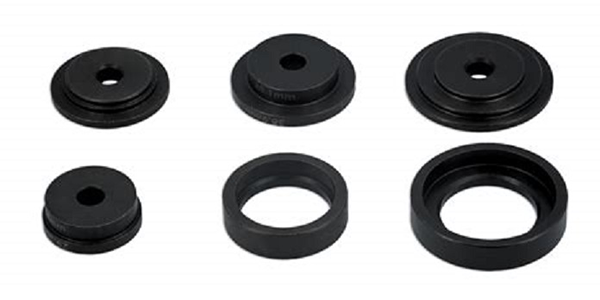 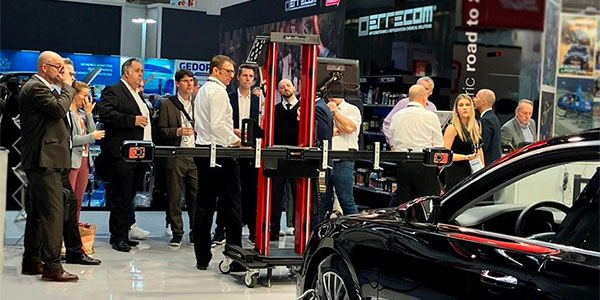 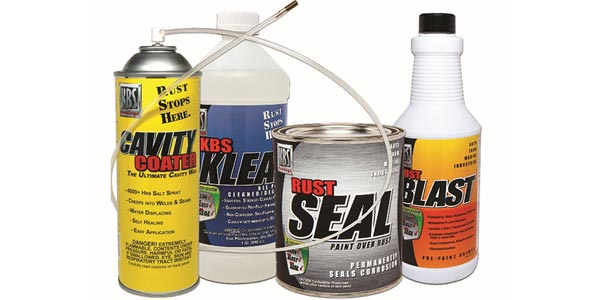 The easy-to-use DIY kit employs the KBS 3-Step System combined with KBS Cavity Coater to prepare and coat up to 50 square feet of metal. KBS Klean, a non-toxic and biodegradable super cleaner removes dirt, grease, grime and other contaminants. Next, water-based and biodegradable RustBlast effectively dissolves rust and corrosion while etching metal for best adhesion of KBS RustSeal. RustBlast also leaves a zinc phosphate coating to stop flash rust from forming. The third step is RustSeal, a rust inhibitive and preventative paint that’s applied by brush, roller or spray gun. RustSeal chemically bonds to metal, including rusted metal, to isolate it from moisture and oxygen. Without those present, metal can’t rust. 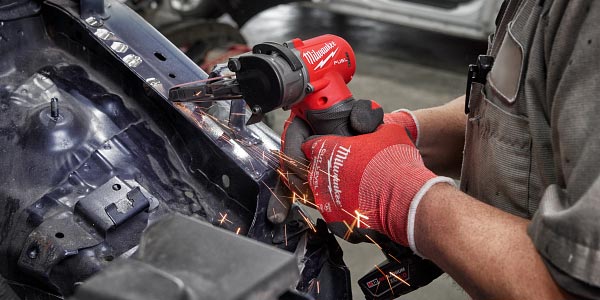 The green SATAjet X 5500 FUTURE spray gun is not only a reference to nature, but also a symbol for harmony and hope — especially for the future. 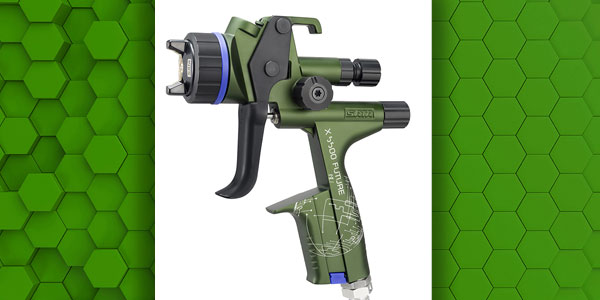 These updates have introduced a “manage photo” feature, allowing techs to launch the camera or upload existing photos to scan reports, special test and calibration reports. 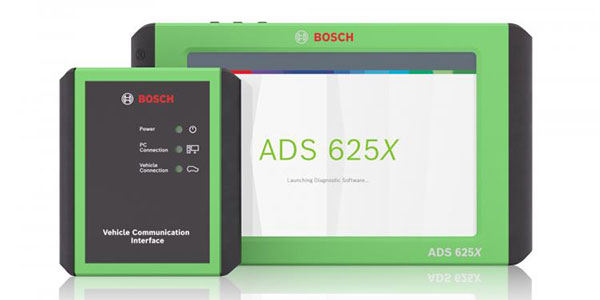 Paired with the asTech mobile app, the asTech Mini delivers the functionality of thousands of OEM scan tools in a powerful, pocket-sized device. 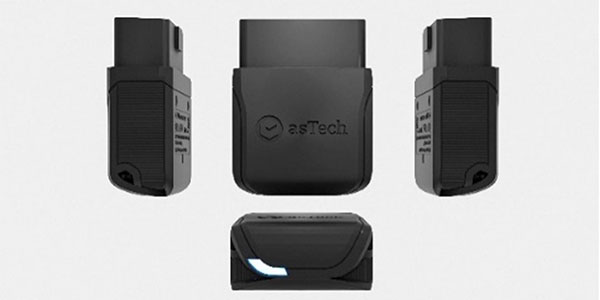 The TC001 transforms a smartphone or computer into an IR thermal camera, giving users superior image quality to assist in diagnosing a wide variety of issues within a vehicle. 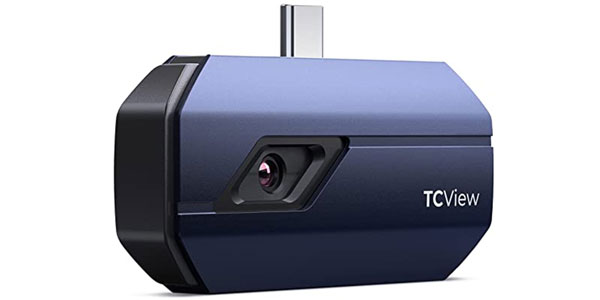 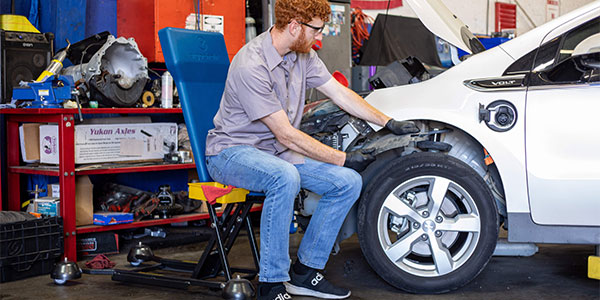 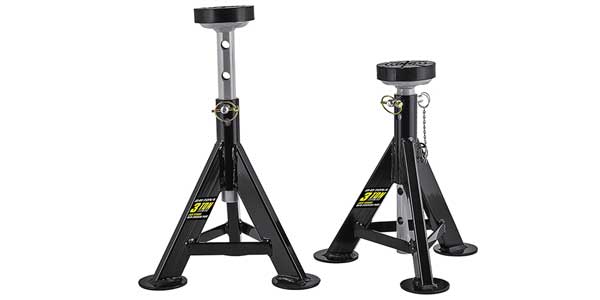 This is the first steel dent pulling system complete with an integrated seated cart, and all weld-on pulling capabilities. 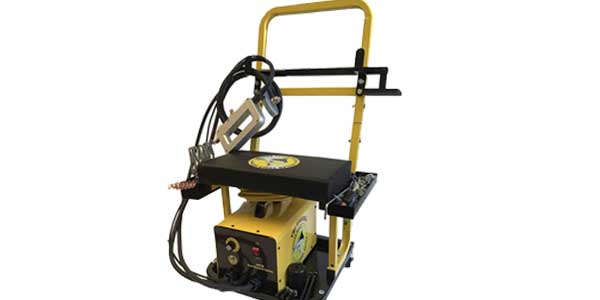