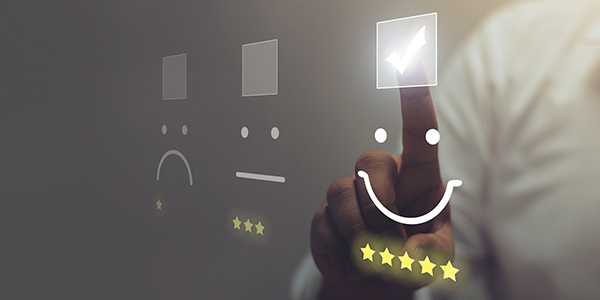 According to a recent study, if your Google reviews are in the three-star range (3.0 to 3.9), 84 out of 100 people won’t give your business a second look. Let that sink in for a moment.  Would you go to a restaurant if the reviews were less than a solid four as a matter of choice? If you were a member of the general public, outside of the collision repair industry, would you take your car, which is likely your second largest investment, to a shop that isn’t at least a solid four-star repair shop? Probably not, and neither would 84 out of 100 people, according to this recent study. Do you know who else is paying attention to these reviews? Insurers.

Decisions are being made about DRP relationships every day. These decisions are based on several factors, and each insurer has its own set of criteria. You know more about that than I do since that is in your sandbox. In my sandbox is the internet and online marketing. The first insurer that I’ve seen display Google reviews publicly on their shop locator website is State Farm. Perhaps you’re on the State Farm Select Service program, or want to be. Here’s a link that shows the reviews displayed: statefarm.com/insurance/auto/find-a-repair-facility.

I searched a 50-mile radius of my office in West Chicago, Ill. There were a lot of shops that showed up, and not one of them had less than a four-star average. Coincidence? I don’t think so.  I looked up the public side of seven other top insurers and didn’t see any others that were showing these Google review ratings publicly. But that doesn’t mean they aren’t paying attention to them; I have it on good authority that they are. We also know they pay attention to Carwise reviews, but that is a different story and doesn’t impact your organic search ranking potential like Google reviews do.

Who else do you suppose is paying attention to these review ratings other than the public? If you said “the OEMs,” you would be right. When they’re selecting shops to be recognized or certified, one of the factors that several of them consider is Google reviews.

One of the reasons OEMs ventured down the certification path in the first place was to ensure their vehicles were repaired properly so that, when a consumer traded in their vehicle for a new one someday, they would be more likely to purchase one from that same manufacturer. Leaving this up to chance wasn’t working as too many shops weren’t following manufacturer procedures or were pressured by insurers to repair vehicles differently than the manufacturer recommended. There was too much gray area, so the OEMs stepped up and tried to take more control. When they certify or recognize a shop, they’re looking at how well they’re serving their customers, and a logical place to find that information is with Google Reviews.

Google pays attention to reviews, too.  Importantly, in a Google search, the top three positions, known as the 3-Pack, have businesses averaging 47 reviews. Google factors reviews in their algorithms for ranking purposes, as much as 15.44%.

There’s evidence that bad reviews hurt a business a lot more than good reviews help them.  This stands to reason, I suppose. If the general consensus of the reviewers is that the business isn’t very good at what they’re in business for, people will simply eliminate them from consideration. But, if you’re being compared to other businesses that have four stars and up, there are other factors that will play a role in making decisions. These include the number of reviews, how recent those reviews are, how the business responds to less-than-stellar reviews, and the proximity of the business to where they’re are located.

Yes, I’ve covered Google reviews many times in my past columns, and for good reason. They’re so important for so many reasons, as you can see above. Don’t discount that. Seek more Google reviews. If your star rating is less than four, you really must increase your number of four- and five-star reviews to offset that. If you have earned four and above, good for you. Keep it up, get more. Everyone needs to make this a priority.

For information on how to streamline this and be able to seek these good reviews via text or email (with a system that integrates with CCC), check out: optimaautomotive.com/text-me/.

BSB Contributing Editor Mark Claypool has more than 30 years of experience in the fields of workforce development, apprenticeships, marketing and web presence management with SkillsUSA, the I-CAR Education Foundation, Mentors at Work, VeriFacts Automotive and the NABC. He is the CEO of Optima Automotive (www.optimaautomotive.com), which provides website design, SEO services and social media management services.