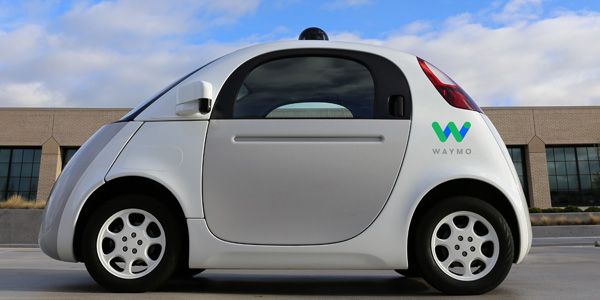 Waymo claims that Uber and Otto – a self-driving-truck startup that Uber acquired in August 2016 – stole Waymo’s intellectual property to avoid the “risk, time and expense of independently developing their own technology.”

In a lawsuit filed in the U.S. District Court for the Northern District of California, the Alphabet subsidiary accuses Uber of “trade-secret misappropriation, patent infringement and unfair competition relating to Waymo’s self-driving car technology.”

Waymo claims that Uber and Otto – a self-driving-truck startup that Uber acquired in August 2016 – stole Waymo’s intellectual property to avoid the “risk, time and expense of independently developing their own technology.”

“Ultimately, this calculated theft reportedly netted Otto employees over half a billion dollars and allowed Uber to revive a stalled program, all at Waymo’s expense,” Waymo asserts in the lawsuit.

At the center of the lawsuit is LiDAR, Waymo’s laser-based scanning and mapping system that enables a vehicle to detect traffic, pedestrians, bicyclists and other obstacles in its surroundings.

In the lawsuit, Waymo claims that Anthony Levandowski – a former Google engineer who co-founded Otto and now heads Uber’s driverless vehicle efforts – ransacked Waymo’s design server and downloaded more than 14,000 confidential files before resigning from Waymo in January 2016. The files included Waymo’s LiDAR circuit-board designs, according to the lawsuit.

“In December 2015, Mr. Levandowski specifically searched for and then installed specialized software onto his company-issued laptop in order to access the server that stores these particular files,” Waymo claims in the lawsuit. “Once Mr. Levandowski accessed this server, he downloaded the 14,000 files, representing approximately 9.7 GB of highly confidential data. Then he attached an external drive to the laptop for a period of eight hours. He installed a new operating system that would have the effect of reformatting his laptop, attempting to erase any forensic fingerprints that would show what he did with Waymo’s valuable LiDAR designs once they had been downloaded to his computer. After Mr. Levandowski wiped this laptop, he only used it for a few minutes, and then inexplicably never used it again.”

After Levandowski bolted, a number of other Waymo employees followed him, according to the lawsuit. Before they left, they pilfered confidential supplier lists, manufacturing details and statements of work, “all of which reflected the results of Waymo’s months-long, resource-intensive research into suppliers for highly specialized LiDAR sensor components.”

Levandowski and three other Waymo managers launched Otto in May 2016. Uber acquired the company in August 2016 for $680 million.

“The sudden resignations from Waymo, Otto’s quick public launch with Mr. Levandowski at the helm, and Uber’s near-immediate acquisition of Otto for more than half a billion dollars all caused Waymo grave concern regarding the possible misuse of its intellectual property,” Waymo says in the lawsuit. “Accordingly, in the summer of 2016, Waymo investigated the events surrounding the departure of Waymo employees for Otto and ultimately discovered Mr. Levandowski’s 14,000-document download, his efforts to hide the disposition of those documents, and the downloading of other Waymo confidential materials by Mr. Levandowski and other former Waymo employees.”

In an article on CNBC.com, an Uber spokesperson responded to the lawsuit by saying, “We are incredibly proud of the progress that our team has made.”

“We have reviewed Waymo’s claims and determined them to be a baseless attempt to slow down a competitor and we look forward to vigorously defending against them in court,” Uber told CNBC.com in its statement. “In the meantime, we will continue our hard work to bring self-driving benefits to the world.”