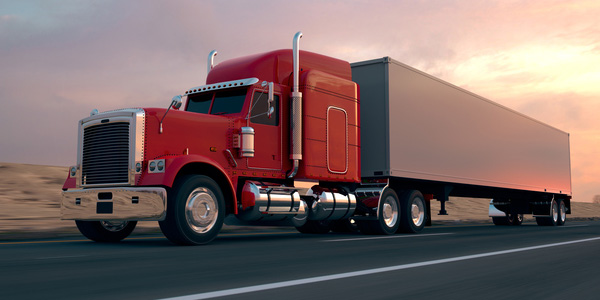 When Brad Welsh first decided to open a collision repair facility that was 100 percent dedicated to the repair of semi trucks, he picked La Porte, Texas. Therein lies the first lesson if you’re planning to get into semi repair: location, location, location. There are two major ports in La Porte and lots of semis.

“There is huge demand here,” says Welsh. “It was like, why wouldn’t we open a shop here? There are dozens of body shops working on F-150s and daily drivers but no shops capable of fitting these big trucks through the door.”

The new shop, Welsh Collision Center LLC, is only two years old and is still building its book of business, but Welsh projects it to hit between $1 to $1.5 million in gross sales some day. Welsh’s total investment to get the shop up and running was $2 million. It has seven full-time employees, all of whom Welsh values immensely.

Training for those technicians is critical, especially when you’re working with big rigs and heavy equipment. In a perfect world, Welsh says, you’d love your guys to have some DOT training, but at the very least some I-CAR training. Welsh Collision’s painters pursue various levels of certification from their paint manufacturer, striving for the highest platinum level.

“Techs are hard to find no matter where you’re at,” he says. “Young people are just not seeing a whole lot of energy put toward this industry. I don’t know if it’s the working part of it or the misconception on what you can earn, but a good tech should be a six-figure guy or girl, and I don’t think that message is getting out to these kids today.

“There is a finite number of techs out there and you have to put a package together that’s competitive to get them – and if you get them and they’re good, you have to keep them. That’s a daily struggle, but we go above and beyond to make sure everyone is taken care of.”

The “above and beyond” for Welsh includes group medical, gym memberships, training, flexible schedules and anything that makes his employees’ lives better. And those benefits are offered to everyone down to the porters.

A regular body shop would have everything needed to fix semi trucks, save for a few things. Obviously, you have to have a spraybooth that’s big enough to accommodate these behemoths. The same goes for the frame machine. You’ll also need scaffolding and/or telescoping ladders to deal with the height of these big rigs. Aluminum welders and tools are needed because of the amount of aluminum in semis. Finally, specialty fastener tools are necessary, which require a learning curve and can cost several thousand dollars.

“Your impacts, your jacks, all of [your equipment] has to be mutated and huge and able to carry and lift and work and pull and tug these big trucks,” Welsh says.

Welsh refutes the notion that a semi collision shop needs a lot of space for storage. His shop is 6,000 square feet, the exact same size as his other shop in Deer Park, which specializes in light-duty passenger vehicle and pickup truck repair. He gets the big rigs in and out quickly, with an average cycle time of three to five days, with the exception of the occasional job where the truck waits on parts for a month.

“I don’t want to be a parking lot or storage business; I don’t need to stack dozens of trucks here. Although we are on 1.5 acres, which is plenty of room to get them in and out,” he says. “We’re not doing major collisions, mostly fender benders. A major collision on a semi is generally going to be a total. But if you just crush a hood, you put a new one on, paint it and it goes down the road. It’s all about the layout of your shop and how you conduct repairs.”

There are some benefits to having two shops. Even though the paint is different, the technique is similar, so if Welsh has an emergency and needs a painter to fill in at the semi shop, they can. In fact, several of his employees have been cross-trained, including management, so they can walk into either location and hit the ground running. Customers can also drop off or pick up vehicles at either location, storage can be shared if parking gets tight, and scrappage can be consolidated.

On the semi side, there’s a whole lot more repairing than replacing. Why? Because often times it’s more efficient to fix the damage than replace with a part because semi truck parts are much more expensive and not as readily available.

“Often, on the daily driver side, the parts are cheaper and more readily available, so it’s not worth putting the manpower and hours into repairing,” says Welsh. “But on the semi side, it does make sense to put manpower and resources into repairing the part, especially if you have a good tech, because you’re going to still come out ahead.”

One of the advantages of semi repair is less insurer involvement, according to Welsh. Insurance companies can’t argue with him over the “prevailing market rate” because, being the only semi truck repair shop in his area, he is the prevailing rate. There are a few truck dealers on I-610 and I-10 who Welsh competes with, but it still doesn’t affect what he can charge, which is $85 per hour.

“I know what [the insurers] pay the dealers and, of course, we come in a little under that because we have less overhead,” Welsh says. “Still, we have to be reasonable, but it’s definitely not the same fight as on the daily driver side.”

“There are some [aftermarket parts], but a lot are so far out, weeks out, in a different part of the country, and if it’s something big, you’re talking about a lot of money and freight to bring something in,” says Welsh. “We are fortunate to have a lot of these OE dealers right here in Houston because of the Port of Houston.”

Welsh estimates about 95 percent of the parts they use are OE, which he says is “better for the customer and better for shop margins.”

Welsh says he doesn’t do any advertising to market his semi collision repair service. His other shop in Deer Park has been around so long that word-of-mouth has been enough so far. However, he does believe it’s still important to put your name out there, which is why he is heavily involved with the local community, including sports teams.

“As long as we can keep our name at the forefront with the people who live around here, we’ll be fine because this is the nucleus of transportation in the Houston area.”

Welsh’s advice for body shops looking to expand into semi repair is, first and foremost, research your market and pick a good spot. Second, focus on technicians. Can you find a workforce to support it? Also, make sure there are plenty of vendors nearby.

“You don’t want to put yourself so far away from everything that you can’t run down the road to get this part or that accessory for this truck at the last minute,” Welsh says.

Advertisement
In this article:Profit Centers

When Should You Turn Down a Job?

COVID-19: Opportunities When Miles Driven Goes Back Up

Estimating: Insurers vs. Repairers
Connect with us