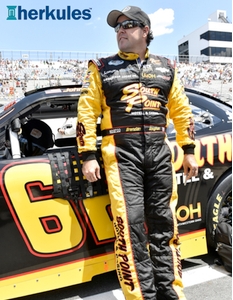 Herkules Equipment Corporation will be hosting NASCAR Driver Brendan Gaughan at the 2014 SEMA Show, who will be signing autographs and chatting with fans on Tuesday and Wednesday, Nov. 4 and 5, from 1 to 3 p.m., in the Herkules booth (no. 11139).

Gaughan has been a NASCAR driver since making his debut in the 1997 Camping World Truck Series. A Georgetown University graduate and a family man, he holds 17 career wins and 83 top-five finishes throughout all of the NASCAR Series races. His latest win was in June 2014 at the NASCAR Nationwide Series Gardner Denver 200 race.

Visit booth no. 11139 for an autograph and to speak with Gaughan in person. Visit his website atwww.brendangaughan.com.

Advertisement
In this article:herkules, nascar, SEMA

Opus IVS to Release IVSMap at SEMA Show
Connect with us