There was a tree growing in the old 1950s junker. That’s right, a tree. Then again, it had been sitting in the middle of a field for a long time. But where some people saw an eyesore, the auto body students at Crocus Plains Regional Secondary School in Brandon, Manitoba, Canada, saw potential – potential to turn it into a prop for the school’s production of “Grease.”

The grade 9 and 10 students took the car, which was donated by a local salvage company, cut it in half and did everything from the body work to paint and wiring – and, of course, a wicked flame job.

Instructor Jeff Kasprick said that roughly 1,000 hours of work was put into the vehicle over a two-month period. Fellow instructor Carl Decosse said the students were used to putting cars back to pre-accident condition, so this project was unusual in that they were able to cut corners and cheat because it was only a stage prop. 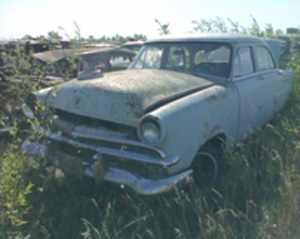 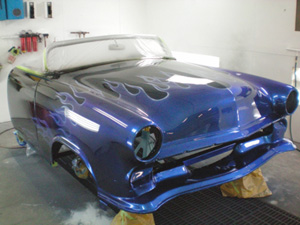 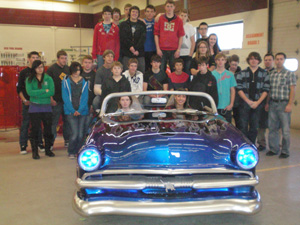 Read the entire story in the Brandon Sun

Advertisement
In this article:Education and Training