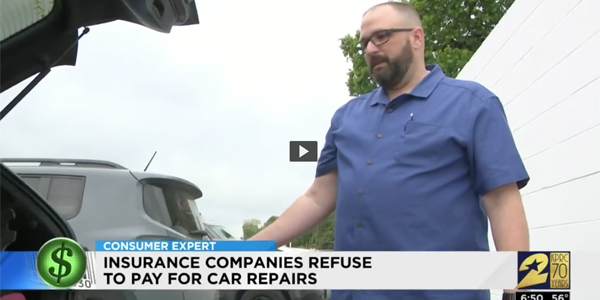 Houston’s KRPC Channel 2 recently gave some airtime to the Houston Auto Body Association’s (HABA) contention that some insurers refuse to pay for a proper and safe repair.

KRPC Channel 2 in Houston recently gave some airtime to the Houston Auto Body Association’s (HABA) contention that some insurance companies refuse to pay for a proper and safe repair. The TV station also highlighted HABA’s support of House Bill 1348, which would require insurers to follow OEM guidelines and use OEM parts and also prevent steering.

In the video, HABA Chairman Greg Luther examines the vehicle of a consumer who apparently received a poor repair and states, “So this person is driving around in this car with bent frame rails, salvage rear floor, and they had no idea. This is the kind of stuff that we’re trying to stop.”