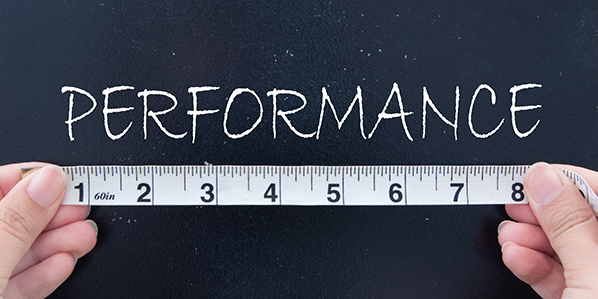 There is no shortage of things to measure in a collision repair business; the important part is to measure something with numbers attached, over time.

Mark R. Clark is owner of Professional PBE Systems in Waterloo, Iowa. He’s a popular industry speaker and consultant and is celebrating his 28th year as a contributing editor to BodyShop Business.

Enough about the old days, one of my two or three fans recently exclaimed! Say something useful for a couple of months instead of another dusty tale from body shop antiquity. (Well yeah, but those covered wagons that hit a buffalo didn’t just paint themselves, pal.)

There is no shortage of things to measure in a collision repair business; the important part is to measure something with numbers attached, over time. It’s the only way to manage your business rather than simply reacting belatedly to whatever ill wind blows through next.

It’s also really easy to go too far down the measurement road in a body shop. I know shops that are measuring ounces of primer per repaired panel or gallons of sealer per refinish labor hour billed or production efficiency by car brand and insurance company or gross margin per square foot of production space. My question to those super financially vigilant shops is, what do you do with all that information? Most often, the answer is nothing. They just calculate it every week or every month and record it on a spreadsheet. I’m not a big fan of the “Seven Habits” as proposed by Steven Covey, but his no. 2 always rings a bell for me: Begin with the end in mind.

In addition, I have a small set of measurable collision shop numbers that I try to convince clients to adopt. First, second and third: don’t start generating more data than you can react to. Fewer numbers and more time to change and affect them is the key. I’d rather collect and act on three or four numbers than collect 30 or 40 with no clear path as to what’s next.

To have meaning, the numbers you collect must be compared to something to realize much value. Is that more or less than last month? Than last year? Than the industry average? I’ll offer my considered opinion about the benchmarks I use below. Comparing your numbers next period to your numbers last period has more value than comparing them to any benchmarks, mine included. But you must collect and compare them to something!

As I’ve said before in these pages, this is my favorite body shop number and I continue to be amazed at how few shops track it. What we’re measuring here is how many of the estimates your shop wrote turned into actual repair orders. This is the first place I go when a shop asks me where I think they should advertise. My answer is always, don’t advertise anywhere until you’re closing 80 percent or more of the people who already walk through your front door.

I don’t count courtesy estimates or total losses; you never had a chance to fix those cars anyway. I count all the estimates that were written by your salespeople when they had an opportunity to meet the decision-maker. The calculation is simple: count all the ROs you closed in the last period and all the estimates you wrote during the same period. Astute readers will now suggest that’s not right because the ROs were written last month, not the month they were repaired. After almost 50 years of doing this math, I’m here to assure you it all comes out the same.

Tip: This will quickly identify any insurance companies using your shop just to write sheets for them!

This entire business is based on beating the flat-rate times. The shop’s chosen labor-time database predicts that this particular R&R (remove and replace with a new part) or R&I (remove and install the same part) operation will take 9.5 hours or 6.9 hours (or whatever time) to complete. Gettin’ it done sooner is the path to body shop riches.

The shops that have adopted my suggested management benchmarks had to buy in on my definition of a technician. I say that anyone who touches the vehicle during repair is a technician. People who do not physically touch the car during repair are all administrative folks, by my definition. Shops often want to argue with me, saying that their painter’s helpers, detail crew, car porters and anyone else assisting their stellar super-tech metalmen or painters are billed as shop overhead and the actual stallholders are the only ones whose hours should be measured for production efficiency. I disagree. If the painter’s helper is sick tomorrow, who will mask and buff the cars? The painter, who then spends fewer hours painting cars.

I’ve had great results over four decades by measuring the total contact hours for everyone who touches the car and dividing it into the total labor hours billed in the same period. If everyone punches a clock, the actual contact hours are already calculated and very accurate. If your shop does not use a time clock, be honest about the actual hours your techs spend at the shop. I agree, a work week has 40 hours and a work year has 48.8 work weeks, but most high-profit shops I know are working longer hours.

Do I know painters who make more than $100,000 a year painting cars? Yes, I do. Are they there at 7 a.m. and still there at 7 p.m. many days? Yes, they are. Use real contact hours for the crew and remember to allocate the employee hours that are split between touching the car and administrative tasks. For example, if the production manager spends half their time on paperwork and half hands-on the repair, allocate 50 percent of their contact hours to each.

Tip: If your shop has a low number (110% or less), consider that you may have too many people on the payroll.

There’s no time like the present to get started measuring something. These two favorite key calculations meet my “begin with the end in mind” criteria and are a great place to begin. Next month, I’ll suggest a couple of other collision repair numbers that I think bring value to their adherents.

Advertisement
In this article:business management, efficiency

How to Measure Your Auto Body Shop's Performance

What's in Store for the Collision Industry in 2020?
Connect with us