I Am a Car Nut! - BodyShop Business 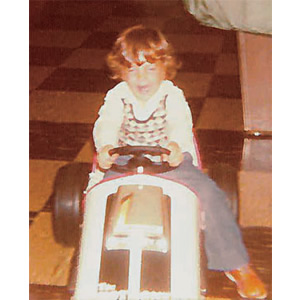 The first thing I get asked at cocktail parties outside of the collision repair industry after telling people what I do for a living is, “Are you a car nut?” When I answer no, I’m invariably met with a gasp. “Well, surely you must like cars!” they say. And I say, “No, not really. But I can talk your ear off about the dynamics of the collision repair business.” That’s when they start fidgeting with the napkin under their drink, look down at their feet and say, “Well, it was nice meeting you, but I’ve just got to get some more of those tasty little thingamabobs at the buffet table.”

Still, their question always makes me wonder if I’m fooling myself. Maybe I am a car nut and just don’t know it. After all, my dad is. He has pictures of every car he’s ever owned on his wall. Plus, I remember him spending hours in the garage during the long Ohio winters detailing his cars.

But no, I don’t think the gene carried over. Even though I did have a 1994 Ford Ranger Splash and 1998 Dodge Avenger that I kept immaculate, my care and maintenance for my cars has been inconsistent, and I don’t stick my head under the hoods of those beauties at SEMA, drooling all over the engines. I wouldn’t know what I was looking at anyway!

I’ve always admired people who can look at any car and know what year, make and model it is. There is even the legend that some can tell just by listening to it roar down the road. A discussion of the various mechanical components within them just makes my head dizzy.

But then I said to myself, “Whoa, buddy, aren’t you selling yourself short? What about the endless summer days you spent playing with your Hot Wheels and Matchbox cars, favoring the Corvettes and Trans Ams? And the various car shows Dad dragged you to…more than once you stopped dead in your tracks and ogled one of those sweet things.”

Hey look, I can appreciate a nice car just like anyone else. But I guess the appreciation is more fleeting. It doesn’t get in my blood or my dreams.

Last year, AAPEX ran an ad campaign in the very pages of this magazine that asked the question, “When was your first aftermarket experience?” The ads featured pictures of aftermarket executives when they were very young, riding in toy cars or peering out the window of their dads’ drive-arounds.

Well, I’ve got my own first aftermarket experience…one that may have kickstarted my at least tepid interest in anything with four wheels. It took me awhile to dig this photo up (above). Notice how faded with age it is – and it should be! After all, it’s 35 years old! And check out the clothes. Can you tell it was 1976?

I’ll never forget when that pedal car was wheeled out to me on my 5th birthday. The coolest thing was that it had an ignition! I was handed a blue key on a leather keychain customized with a sparkly silver-and-red “J,” put the key in the ignition, turned it and…NOTHING! Imagine my surprise when I failed to hear the roar of an engine. Those were the days when imagination and a little sweat were the fuel to get such a car moving!

One look at the expression on my face in that picture, though, makes it clear to me what the answer to the question, “Are you a car nut?” from now on should be: Yes, I am.