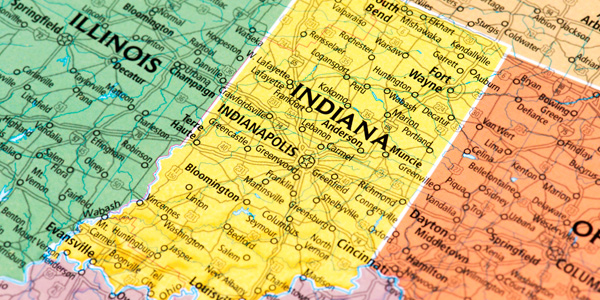 The Indiana Senate unanimously approved a bill that would prohibit insurer steering and would place other restrictions on insurance carriers and body shops.

The Indiana Senate unanimously approved a bill that would prohibit insurer steering and would place other restrictions on insurance carriers and body shops.

In a 49-0 vote, the Senate passed a watered-down version of the bill, omitting several paragraphs pertaining to insurance carriers.

Doug Martin, president of the Indiana Auto Body Association, asserted that the bill is step in the right direction for consumers and body shops, even if it’s not perfect.

The original version of the bill, introduced by Sen. Mark Messmer, included a paragraph stating that insurance carriers cannot adjust a body shop’s damage appraisal without physically inspecting the vehicle. However, the Senate Committee on Insurance and Financial Institutions deleted that and several other restrictions on insurers.

“It’s hard to settle a dispute with a photo or video,” Martin said. “We really thought that was a good thing for consumers.”

Although not in the original version of the bill, Martin said the association also tried to add an amendment that would’ve prohibited insurers from denying payment for OEM-required repair procedures. However, that didn’t see the light of day.

The version that cleared the Indiana Senate still forbids insurance carriers from requiring policyholders to take their collision-damaged vehicles to a particular shop. However, the committee deleted a paragraph from the original bill stating the insurance companies cannot “limit the ability of an insured or claimant to choose the repair shop.”

“We don’t believe that the anti-steering piece of it is very strong,” Martin told BodyShop Business.

The bill retains a paragraph stating that insurers cannot “unilaterally and arbitrarily disregard a repair operation or cost identified by an estimating system” that the insurer and body shop have agreed to use.

The bill moves to the Indiana House of Representatives. Based on conversations with Messmer and insurers, Martin said it’s unlikely that the association will be able to add tougher insurance-carrier restrictions to the House version.

“At this point, I don’t think we’re going to be strong enough to make that happen,” he noted.

Martin said the Indiana Auto Body Association will focus on growing its membership ranks, because “the more people that we get involved in the association, the more we can do for shops across the state.”