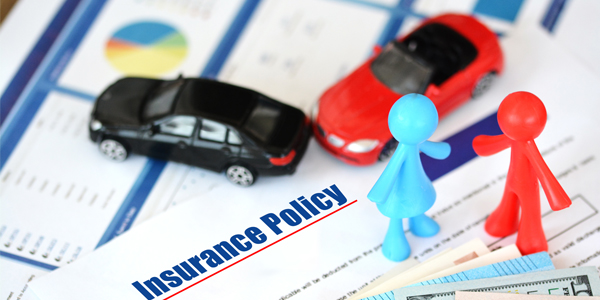 In the state of New York, if a vehicle has two open claims, can an insurer combine both claims and state that the vehicle is a total loss?

In the state of New York, if a vehicle has two open claims, can an insurer combine both claims and state that the vehicle is a total loss? I understand that it depends on the extent of the damages and the date of loss. However, let’s say a vehicle is worth $22,000 and damages from the first loss are $12,000 and the second loss is $11,000. Can they add those claims together and declare the vehicle a total? Each claim is per occurrence, and the customer is paying two deductibles.

The answer to your question is a simple one, but it may not be what you want to hear.

First, I am not familiar with the specific laws and regulations of New York, so I will answer your question with information that I understand is applicable to most states. Second, most insurance policies give the insurer one of three options:

Insurance policies are contracts referred to as adhesion contracts. This simply means that the insurer writes and designs their policies and, should a consumer wish to purchase insurance from that company, the policyholder must adhere to the insurer’s policy wording. The policy contract is not negotiable, and the consumer can either take it or leave it.

But this doesn’t mean the insurer is always right should a dispute arise. I’ve seen insurers attempt to total a vehicle at a low threshold (30% to 50%) while the policyholder argues to have their vehicle repaired. Generally speaking, an insurer may attempt to total a vehicle due to the prospect of receiving a significant recovery from the salvage. This is generally due to a vehicle being sold as ”rebuildable” with a good (clear) title, one that auto rebuilders will often pay a premium for. While this may be beneficial to the insurer by increasing their recovery and decreasing their loss, it may prove detrimental to the policyholder/vehicle owner should the insurer fail to offer a fair and reasonable total loss settlement. When challenged, an insurer may change their mind and elect to provide for repair rather than total a vehicle.

Contractually, the insurer’s adhesion policy contract provides for the insurer to make all the decisions, leaving the policyholder (insured) with no choice but to comply and see to it they’re properly and fairly indemnified (compensated).

Of course, insurers must adhere to their policy contract as well as state laws, regulations, codes and statutes, etc., such as thresholds where the state mandates the vehicle be deemed a total loss due to a specific level or percentage of damages (i.e. 75%, 80%, 100%, etc.) compared to its pre-loss actual cash value. Such state mandates may or may not enable the vehicle to be rebuilt, or require that it be designated a total loss. In that case, there is specific handling or destruction of the title and a certificate of destruction is issued where the vehicle can only be used for salvage parts/scrap and cannot be repaired and/or re-registered. This destruction of the vehicle’s title and re-designation is to protect the general public from severely damaged and potentially unsafe vehicles being returned to the road.

In your scenario, if the two claims add up to over the state threshold (for example, 75% of the pre-loss value) or if the insurer desires to total it, they may deem the vehicle to be a total loss and assess a deductible for each claim made. In reality, an insurer can total a vehicle at dollar-one if they believe it would benefit them financially. Furthermore, there is little one can do to stop the insurer from deeming a vehicle a total loss at a far lesser percentage. Of course, the policyholder may not have a problem with them doing that if they’re satisfied with the total-loss settlement. Keep in mind, however, that insurers are prohibited from placing their own financial best interests before that of the policyholder’s. Consider this: If the vehicle owner had their repairs performed for the first loss ($11,000), thus restoring the vehicle and its value, the insurer would have likely paid for the repair related to the second loss ($12,000). Should the vehicle have sustained damages in the first loss, no insurance was available and repairs had not been undertaken, the insurer could have deducted the estimated repair costs ($11,000) from the second loss’s pre-loss value and settled the total loss at a far lesser value due to the existence of prior damages.

I know that most repairers don’t want to see a vehicle become a total loss because that translates to a lost opportunity. However, if your company has a well-crafted repair contract and is assessing proper fees for all your activities and associated liabilities (unless you’re a DRP), you should not fear vehicles being totaled at your shop. Many of my repairer coaching/consulting clients welcome total losses as they offer great profits with little to no expenditure or acceptance of liabilities once the vehicle leaves their shops. Besides, “train wrecks” (near totals) tie up a shop’s stalls for far too long, incur significant expenditures/payouts for parts, labor and materials, and often take the place of numerous better-paying work that could be run through the shop in the time a heavy-hit is done. That’s not to mention all the potential delays and cradle-to-grave liabilities the repairer may incur.

I encourage my clients to research and know the laws that govern their business in the state(s) in which they operate. I also encourage repairers to know and understand those that govern insurers’ claims practices in their state. This allows repairers to be totally compliant and avoid potential issues that may arise. This also enables repairers to better serve their customers throughout their repair and educate those customers on what to expect and, should it become necessary, how to hold the insurer accountable for their actions and receive the full benefits from their policies.

Word of warning: Repairers need to be mindful that unless you’re an attorney or hold a license as a public adjuster or insurance agent, you cannot and should not offer what may be considered to be legal advice. While I strongly urge repairers to know and understand their state and local laws, I encourage them to use the following caveat when sharing such information: “While I am not an attorney or licensed claims adjuster, I cannot and do not offer legal counsel. However, if it were me in this situation, I would…”

Can Insurers Combine Two Open Claims and State the Vehicle is a Total Loss?