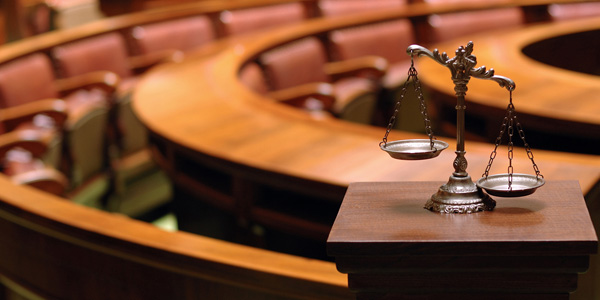 The recently dismissed RICO case against seven major insurance companies is just one recent example of insurers having to defend themselves in court for their allegedly unscrupulous business practices.

The recently dismissed RICO case against seven major insurance companies is just one example of insurers having to defend themselves in court for their allegedly unscrupulous business practices.

During an April 18 presentation hosted by the Alliance of Automotive Service Providers of Pennsylvania, Erica Eversman highlighted several cases that, she asserted, show the insurance industry at its absolute worst – and a few lessons that collision repairers can learn from them.

The class-action lawsuit made headlines in May 2009 when the Missouri Court of Appeals for the Western District reinstated a previous jury verdict ordering American Family Insurance to pay $17 million in damages for systematically specifying aftermarket crash parts and omitting certain labor and material costs from estimates to reduce their payouts to customers. The damages covered an estimated 319,000 Missouri residents who made collision repair claims between May 1990 and December 2004.

Takeaway No. 1: Document everything.

“I bring up this case because it’s very important for your protection and your own elimination of liability to make certain you’ve properly documented everything that you’ve done to the vehicle in the course of the repair,” said Eversman, who is chief counsel at Akron, Ohio-based Vehicle Information Services.

On a related note, Eversman explained that there’s a distinct difference between cost estimates and damage analyses.

Much of the difference comes from the insurer’s purpose for writing cost estimates, Eversman added. Insurance companies write cost estimates to verify that a claim is legitimate and to anticipate how much money to reserve for a claim. Depending on the state’s salvage threshold, the insurer also needs to know if the vehicle might have to be declared a total loss.

“But the insurance company does not write a cost estimate to tell you how the car is going to be fixed,” she said. “That’s what you do.”

Shockingly, some shops tell Eversman that instead of writing their own damage analysis, they simply download the insurance company’s estimate and make changes from there.

“Don’t do that,” Eversman said. “No. 1, it gives legitimacy to the insurance company’s cost estimate as some type of damage analysis, and it isn’t. It doesn’t have any value in that manner.

This civil suit is a “really ugly case” that Eversman has been following for some time.

This “marathon litigation” (as one judge described it) stems from a 1996 collision involving a Jeep Grand Cherokee. The policyholders – Daniel and Sheryl Berg of Pennsylvania – heeded Nationwide’s advice and took the newly leased, collision-damaged Jeep to a “Blue Ribbon” repair shop.

In the initial appraisal, the body shop manager declared the vehicle a total loss because of a twisted frame. Nationwide, however, insisted that the shop repair the vehicle – in an effort to save roughly half of the $25,000 cost to replace the Jeep.

The body shop backed down from its initial analysis.

After a nearly four-month repair process – keep in mind Nationwide only pays for 30 days of car rental – the Bergs got their Grand Cherokee back. A few months after that, a technician from the body shop called the Bergs and told them that they were driving an unsafe vehicle that shouldn’t have been repaired in the first place.

And then the litigation ensued … and continues today. 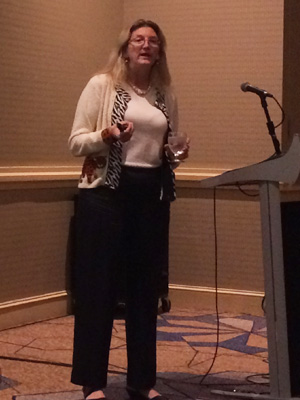 In 2014, Berks County (Pa.) Court of Common Pleas Judge Jeffrey Sprecher issued a scathing verdict against Nationwide, ordering the insurer to pay $18 million in punitive damages and $3 million in attorney fees. His decision came “after due consideration of [Nationwide’s] unfounded refusal to pay a valid claim because it was not economically advantageous to it, the risk of harm to [the Bergs] and the public by allowing a structurally unsound vehicle to be operated and traveling on public roads, and the tremendous obstacles” that the Bergs had to overcome to “achieve justice.”

“[Nationwide’s] attempt to save one-half of the $25,000 cost of replacement by repairing the Jeep was not the end but the beginning of this long, drawn-out claim,” Sprecher wrote. “[Nationwide’s] $12,500 repair quickly increased in total cost to the defendant, to nearly double the original replacement cost of $25,000. However, that increase has proven to be only a drop in [Nationwide’s] expenditure bucket. The parties have been in litigation for over 16 years, and [Nationwide] has paid in excess of 100 times the original Jeep replacement costs in legal defense alone.”

As part of its defense, Nationwide argued that the body shop should be held responsible for the unsafe vehicle being returned to the Bergs – even though the shop’s initial appraisal called for the Jeep to be totaled, and even though Nationwide vetoed that recommendation.

It turned out that the body shop’s initial assessment was correct, but under pressure from the insurer, the shop performed the repair.

Takeaway No. 2: Stand by your determination.

“This is the kind of stuff that happens when you allow an insurance company to talk you out of what your good sense tell you,” Eversman said.

Interestingly, when the Bergs completed their lease payments, Nationwide reversed course, totaled the Jeep and paid $18,000 to settle the claim and obtain ownership of the vehicle. Nationwide argued that it secured ownership of the Jeep to prepare and preserve its defense; Sprecher intimated that the insurer was trying to conceal damning evidence.

Also noteworthy: Sheryl Berg passed away just prior to Sprecher’s June 2014 judgment, and Nationwide has not paid any of the damages, as the case moves on.

“With Nationwide, they’re probably just waiting it out to see if everybody will eventually die,” Eversman said. “It’s just an absolutely horrendous case, and it shows the insurance world at its absolute worst.”

Insurers at their Worst: What Collision Repairers Can Learn from ‘Ugly’ Court Cases