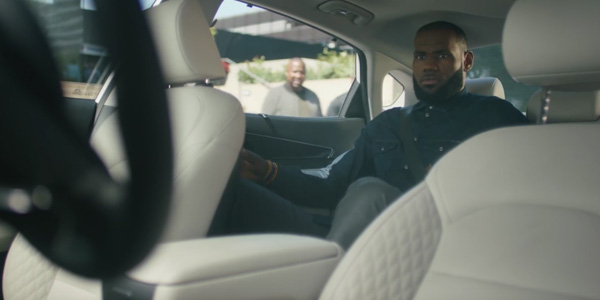 With surveys suggesting that many drivers are wary of fully autonomous vehicles, Intel is ratcheting up its efforts to convince consumers that the technology is safe.

With surveys suggesting that many drivers are wary of fully autonomous vehicles, Intel is ratcheting up its efforts to convince consumers that the technology is safe.

The semiconductor giant, which recently went all-in on autonomous vehicles with its acquisition of Mobileye, is touting a mathematical formula that supposedly proves the safety of self-driving technology.

Developed by Mobileye CEO and Intel Senior Vice President Amnon Shashua, the formula ensures “that a self-driving vehicle operates in a responsible manner and does not cause accidents for which it can be blamed.”

“Shashua and his colleague Shai Shalev-Shwartz developed a mathematical formula that can bring certainty to the open questions of liability and blame in the event of an accident when a vehicle has no human driver,” Intel said. “Their proposed Responsibility Sensitive Safety model provides specific and measurable parameters for the human concepts of responsibility and caution and defines a ‘safe state,’ where the autonomous vehicle cannot be the cause of an accident, no matter what action is taken by other vehicles.”

If math isn’t your game, maybe LeBron James can get you to come around.

A new Intel ad features the NBA superstar marching down a corridor, as the narrator declares: “Some people are fearless. No pressure too great, no stage too big – not afraid of anything.”

James exits the building and sees a driverless vehicle pull up. When a member of his posse says, “Yo ‘Bron, your car’s here,” the Cleveland Cavaliers forward is gobsmacked. We see an initial look of panic on his face as the car whisks him away, but he soon becomes a believer.

“Intel is helping power autonomous cars you can trust, so we can all be fearless,” the narrator says.

‘Ability to Assign Fault Is Key’

Shifting back to math, Shashua recently discussed his formula and the future of driverless vehicles as he addressed the World Knowledge Forum in Seoul, South Korea.

In his talk, Shashua called upon the industry and policymakers to “collaboratively construct standards that definitively assign accident fault” when human-driven and self-driving vehicles inevitably collide. He explained that all the rules and regulations today are framed around the idea of a driver in control of the car and that new parameters are needed for autonomous vehicles.

“The ability to assign fault is the key,” Shashua explained. “Just like the best human drivers in the world, self-driving cars cannot avoid accidents due to actions beyond their control. But the most responsible, aware and cautious driver is very unlikely to cause an accident of his or her own fault, particularly if they had 360-degree vision and lightning-fast reaction times like autonomous vehicles will.”