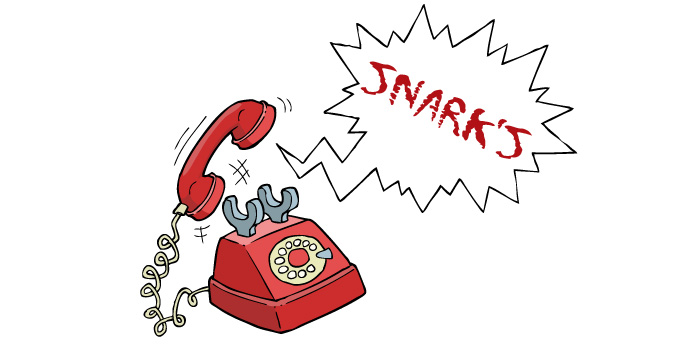 A in-depth look at interacting with customers and insuring you have a customer-friendly business. 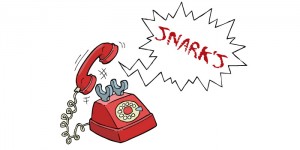 I once had to have my car repaired in a market where I didn’t know the local shops. I asked a friend in the PBE jobber business who he would suggest, and without hesitation, he gave me the name of a customer’s shop. His recommendation was a long-time player who was a popular choice with car guys and had a nice backlog of work. Since he was more than good enough for me, I phoned the shop we’ll call “Snark’s” to make an appointment.

Making an Appointment » I asked for the owner, but he wasn’t there. So I explained my problem to the manager, who we’ll call “Woody,” and he assured me they could fix my car. We then made an appointment. I hung up feeling good about my choice; the manager was pleasant on the phone, knew who I was from my friend’s prior warning, and explained the repair and the probable cost – all good, I thought.

Time passed, and my appointment was the next day. I called to make sure we were still on as the shop was far from my house, and all my phone calls went unanswered. The shop phone rang and rang and rang. I first figured that I had written down or dialed the wrong number, so I looked it up, called again and got the same result. Having owned a small business for 28 years, I knew the problems malfunctioning telephone lines could cause, so I figured it was possible the entire neighborhood’s phones were down. Still unsure of my long trek the next morning, I tried the shop phone one more time later and got a robot saying the mailbox was full and no more calls were being taken at this number.

I promptly emailed my jobber friend asking if the shop had gone under in the month I had been out of town since making my appointment. (I once personally recommended one of my customer shops to a friend, who then found an empty building!) He replied immediately, saying, “No, they’re still there, they just must be very busy.”

Never one to give up, I called their phone again even later in the afternoon and, on the umpteenth ring, the phone was answered with a brusque, “Snark’s.” I asked for Woody and heard a long angry story about Woody’s absence and all the problems it was causing this guy, who we’ll call “Buzz.” I wanted to confirm that I was still on for the next day but, after a long silence, Buzz said, “Nope, don’t see it here.” I recounted my prior call with Woody made the month before, only to hear again about what a weasel Woody was. But wait, good news, here was my name! He had looked at the wrong week. It was hard to say how long the repair was going to take because, of course, Woody was missing. I almost called it off then because it sure wasn’t going well.

Because I needed the repair and had budgeted time to be without my car, I crawled through lots of traffic early the next morning to be at the shop at 8:30 for my appointment. If you’re a regular reader of mine (thanks for that, by the way!), you know how strongly I feel about a clean shop presentation. Not so much at Snark’s. It looked chaotic and dirty, but I’ve been around more than long enough to know that top quality work can come out of a truly scary facility, and this was the shop my friend suggested. I almost called it off again, but was committed to getting my car repaired.

Person to Person » Buzz was even angrier that morning (evidently there was still no sign of Mr. Snark or Woody) and acted like I had insulted his mother and stolen her bible by bringing my car in. He said it was going to take all day, and they would call me when it was done. Of course, they didn’t call, so I called and they said, “Yeah, it’s done.” I slogged through the traffic, paid the bill and drove off…for 100 feet, until I discovered all sorts of problems with the car, led by the giant red airbag light in the center of the dash. Back I went, and out came Buzz.

“What?” he said unhelpfully.

I pointed out the multiple issues with the car that even the most cursory final inspection would have discovered.

Leaving without the car in the darkness, I wished I would have followed my multiple gut feelings to pass on the re-repair.

To shorten an already long story, my car was finally correctly repaired and we collected it late the next afternoon, but not until my jobber friend intervened and finally communicated with me to explain the car’s status and diagnosis.

So, was my car OK? Yup. Would life go on even though I was personally treated badly? Yup again. Would I ever recommend the Snark’s shop to anyone? Nope. Even worse, I’ll keep telling this story as a prime example of poor customer relations. Too many shops think their work is so high-quality that people will put up with shoddy treatment just to be a beneficiary of their supposedly stellar workmanship.

Best New Customer Source » One extensive survey of collision repair shops concluded that 60 percent of the typical shop’s work comes from repeat and referral. Training everyone who comes in contact with a customer is imperative to getting your business recommended. So are good telephone techniques. Offering that “we were busy” or “the regular guy was gone” or any other excuse for poor customer service won’t change what happened to your customer. As most of you know, frequent and friendly customer communication is a top-line item on any DRP score sheet. We all want to know what’s happening with our second most valuable possession as it’s being repaired.

Phone Technique » I have some advice for the shops like Snark’s.

Experts say that a professional business telephone answer has three or four parts. They include: the greeting, the business name, your name and an offer to help. For example, “Thanks for calling Clark Supply, this is Mark, how may I help you?” Surveys suggest that your firm can still be rated highly with only three parts in your corporate answer; either don’t offer a greeting or don’t offer to help. One- or two-part phone answers don’t send a professional message.

In my business, I have the opportunity to call lots of firms in our industry, from the manufacturers to the distributors to the body shops, and I continue to be disappointed by how poorly many answer their phones. A grunted “Snark’s” or “Parts” or “Yeah?” doesn’t send a very comforting message. Remember, this call is often the very first contact with your customer, and they’ll form their opinion quickly, just like I did when Woody did a nice job on my initial phone call.

Answering Machines » I attended a seminar once in which the speaker suggested letting your phone ring unanswered, even after hours, sends your callers the message that you don’t care. Following his advice, I came home and installed an answering machine. I was surprised to find that most mornings I had several orders from my customers who were working late the night before, a win for both of us as they got their orders first thing. Personnel costs are the biggest expenditure in both body shops and jobbers, so staffing the phones all day every day, especially when you’re short-handed, is much too expensive.

Simply change your answering machine message from “we’re currently closed” to “we’re currently unable to answer your call” during the day and let the machine pick up when you cannot. Set it to answer on the first or second ring. Position the device or install obvious warning lights (if your phone company provides an answering capability) so that everyone knows there is a message waiting. Good business etiquette would have you call the customers back quickly, recap what they told you in their voice message and proceed to close the sale or answer their questions.

Who Has the Money? » The worst part of my repair experience wasn’t the unanswered phones or the poor initial repair but the hostility I got from Buzz, both on the phone and, even more dramatically, in person. Evidently, he was mad about his workplace specifics and was taking it out on me. Prudent business owners make sure to explain to their employees – at every level – who has the money. You know what I mean. You’ve stood in line at many a cash register where the clerk was too busy clicking the keyboard or was too involved with their co-workers to pay any attention to you…while you waited to put cash in their drawer! Let there be no doubt that the person paying for the work or the goods is the customer. The employees are there to provide something in exchange for the money, and their business will cease if no one seems grateful for the dough.

A customer-friendly business needs a firm policy that absolutely prohibits employees from complaining about anything to the customers. Buzz was angry that Woody was absent, causing him more work. Suzy is mad because Denise got more time off; Billy is ticked because he has to work late. Whatever the issue, none of it is any business of the customer’s. Back-shop people who don’t have regular contact with the customers often need this lecture the most. I’ve watched many a tech called up to the front office while Mrs. Smith was collecting her car when a question arose about the repair. Too often, the tech is immediately defensive and mad that they had to leave their stall to talk to some lousy customer. As a result, she’s unlikely to ever recommend that shop to her friends, co-workers or relatives.

In our business, where 90 percent of the money comes from insurance companies, it might be tempting to ignore Mr. or Mrs. Smith’s concerns, but believe me, their insurance carrier will be asking them for their opinion about the completed repair. Make sure they answer that the people in your shop treated them well, explained the repair, kept in close communication and, of course, said thank you! This will ensure your shop gets more work from that carrier and a personal recommendation from Mrs. Smith. The customer is king!

Customer Service: Insurers: How Low Will They Go?

Customer Service: Customer Relations: Is the Customer King in Your Body Shop?

Lies and Deception: Defending Your Customers

Answering the Phone: Don't Give Your Customers the Runaround

Diminished Value: The Secret to Glowing Online Reviews
Connect with us