Is It Legal to Use Images You Don't Own Online? - BodyShop Business 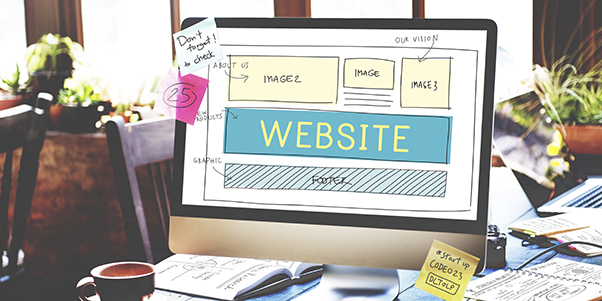 Some of you may remember the old Fram oil filter commercials. A mechanic said, “You can pay me now for the ‘right’ filter, or pay me later when your engine needs service because you didn’t buy Fram.” Much the same can be said about images on a website. You can pay for them now, upfront prior to using them, or really pay for them later when you get caught violating copyright law – which can be really expensive.

I am not particularly fond of getting letters from lawyers, unless they’re about an inheritance from a long-lost relative. There are entire teams of lawyers who make a very nice living out of protecting the copyrights of assets that belong to someone other than you. They have boilerplate letters ready to fill in the blanks with your name should they ever find that you are violating the law by using someone’s copyrighted material.

“Come on, Mark, how would they ever know? I’m just a small body shop,” someone once said to me. That’s naïve. Images are searchable, just like text. Try it. Take one of the images that’s currently on your site and search it on Google. You might be surprised. Maybe you took that image yourself or had a photographer do it for you, or maybe someone else copied it and is using it elsewhere. If your website is copyrighted, then this other person is in violation and you have every right to go after them.

But that’s a manual search. There are search robots that electronically search for images. This is where the real problems arise. Millions of searches can be done in the blink of an eye, and if you’re unlucky enough to have an unauthorized image that is managed by a service like iStock, Shutterstock, Getty Images, etc., you’ll get one of those lawyer letters I mentioned earlier. They will want lots of your money, thousands of dollars. You could have paid $30 for the license to use it from the beginning, instead of paying them much more later. It’s not, however, as straightforward as you might think. You need to know how to protect yourself.

There are two common ways to license images: royalty-free and rights-managed. Royalty-free licenses allow you unlimited use of the asset with restrictions you need to understand that are spelled out in the agreement. These licenses usually allow only one person to utilize the asset, so if you have one person posting it to your website and another posting it elsewhere, you’ll need two licenses. With a rights-managed license, you pay a set fee based on how the asset is going to be used, and you have the option to exclude this asset from anyone else using it.

There are also categories for licensing – standard and extended. Standard licenses will almost always fit your needs. You can use the licensed asset on web pages, presentations, promotional items, video (as long as it reaches less than a set number of people seeing it) and trade shows. Extended licenses are for uses that might include things like apps, advertising, commercials, greeting cards, posters, brochures, etc.

If you were a photographer who has spent hundreds or maybe thousands of dollars in equipment, lighting, backdrops, drones, travel, models, etc., you would want to not only get that investment back but also make a profit. When people use your image without paying for it, that’s like stealing. They’re benefiting from your hard work and investment. It simply isn’t fair. Therefore, photographers enlist the help of these stock image providers to help them sell licenses and protect their copyrights. These image providers will come after violators with the zeal of the IRS chasing after people who haven’t paid their taxes.

One of the most common mistakes we see shops make is the unauthorized use of OEM logos on their websites. You may work on all makes and models, but you aren’t allowed to use a manufacturer’s logo to illustrate this fact, unless you’re certified and authorized to do so. Even then, you must follow their strict guidelines. Manufacturers are required by law to protect their trademarks and could come down hard on you for any violation.

Who’s got your back? Don’t assume your developer does. Make sure all assets on your site are free and clear of any copyright violations or it could cost you dearly. B