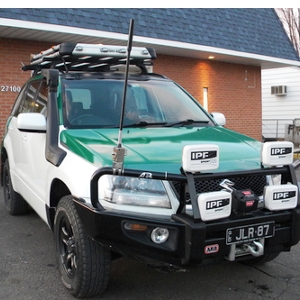 A year-long trip across North America that took four years of planning came to an abrupt stop in Detroit for Gaby and Jackson Richards, an adventurous couple from Australia. While driving a 2009 Suzuki Grand Vitara that was shipped from their home in Brisbane, Queensland, the Richards’ vehicle was hit on the right side (driver’s side) in a car accident in Detroit.

“It was only a couple of days after New Year’s, and we had just visited Eastern Market when the accident occurred,” said wife Gaby Richards. “Fortunately, no one was hurt and the car was still drivable.”

According to the couple, it was Korte’s Collision in Dearborn Heights that quickly came to their rescue. Jackson found the business through an Internet search and drove to the shop to meet Matt Korte, who immediately gave the vehicle a thorough inspection and provided a detailed quote. Korte also encouraged the couple to seek other quotes. 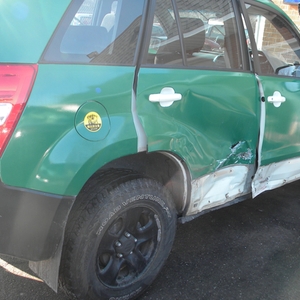 “A second collision shop said that they couldn’t look at it until the next day, and a guy at a third shop quoted the repairs before he really looked at the vehicle,” said Gaby Richards. “He blew off our concerns, so we went back to Matt, because we had really good feelings when we met him.”


Since the Richards’ arrival in Los Angeles this past October, the pair has traveled more than 14,000 miles through Canada and Alaska and back through the northern U.S. to Chicago and then to Michigan, where they spent time in Traverse City and at the Henry Ford Museum in Dearborn before the accident.

While Korte’s Collision repaired their SUV, owners Matt and Lisa Korte invited the couple to dinner with the whole family one evening and then to a fundraiser at their sons’ school for a night of euchre. 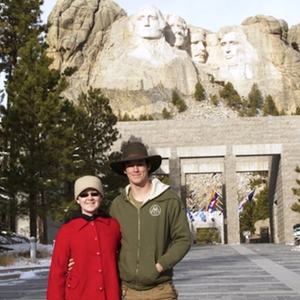 “We have euchre in Australia, but we’d never played it before,” said Richards. “It was fun watching and talking with everyone.”

Helping the Richards was also an adventure for the Kortes, as they learned customs and culture in Australia.

“We didn’t have any challenges with the repairs, but having the driver’s position on the right side of the vehicle took some getting used to,” said Matt Korte. “I don’t know how many times we went to the left side only to get out and go around.”

The Richards are back on the road driving their fully repaired vehicle. Readers are invited to follow their blog at www.gabyandjackson.com.