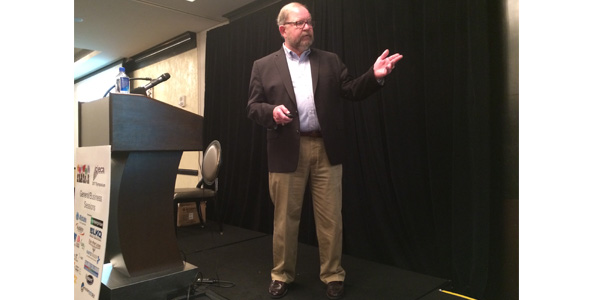 Distracted driving is a major cause of car crashes. But what happens when the technology designed to prevent those car crashes is a distraction itself?

Insurance-claims data analyzed by the Highway Loss Data Institute shows that lane-departure warning is leading to more collision and property-damage liability claims. The institute, which has a database of 150 million automotive insurance records, found that the frequency of collision claims is up 5 percent since the emergence of lane-departure warning.

“There’s something going on here that we don’t understand, and the manufacturers don’t understand it either,” said Kim Hazelbaker, senior vice president of the nonprofit institute, during a presentation at the 2017 Collision Industry Electronic Commerce Association (CIECA) Symposium in Cleveland. “We are distracting drivers to such an extent that they’re having more crashes, not fewer crashes.”

Still, Hazelbaker pointed to data showing that forward-collision warning, emergency automated braking and blind-spot detection are moving the needle in the right direction. The biggest bump has come from forward-collision warning with automated emergency braking, which has reduced the frequency of property-damage liability claims by nearly 15 percent and bodily-injury liability claims by 20 percent.

However, lane-departure warning, which tracks a vehicle’s position within a lane, seems to be pressing the wrong buttons with consumers.

When the system detects that the vehicle is at risk of straying from its desired lane, it gooses the driver with a barrage of visual alerts, sounds and/or vibrations. The more aggressive versions of the system try nudge the vehicle back into its lane.

Tune Out, Turn Off

While Hazelbaker can’t prove that lane-departure warning is causing more crashes simply because it’s too distracting, the institute’s anecdotal research points to a troubling conclusion: The feature is profoundly irritating to some drivers.

And drivers aren’t just trying to tune it out, the institute’s research indicates. They’re turning it off.

“The problem is there are too many false positives,” Hazelbaker said. “If you’ve ever driven a vehicle with this, you have turned it off.”

A number of people in the audience agreed. “It’s annoying,” one person groaned.

“It’s extremely annoying,” Hazelbaker responded. “My rule is three. I let it warn me three times, and then I turn the damn thing off.”

Since collision-avoidance systems are the building blocks of driverless technology, Hazelbaker asserted that it could be a while before we see fully autonomous vehicles dominating the roads.

“Remember, all this stuff has to work and work perfectly before we can talk about autonomous,” he said. “We’re a long, long way [away], folks.”