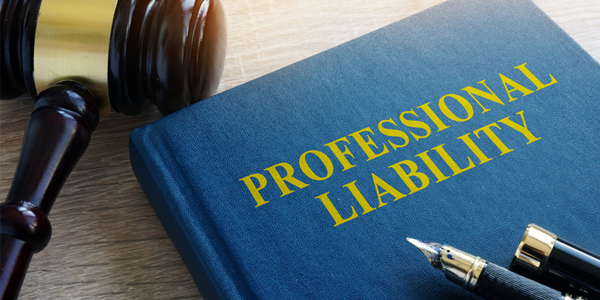 Perhaps the best way to answer the question, “Will my liability coverage be there when I need it?” is by first asking yourself what you know about insurance companies and the various coverage options available.

What Do You Know?

Perhaps the best way to answer the question, “Will my liability coverage be there when I need it?” is by first asking yourself what you know about insurance companies and the various coverage options available. Insurers are not usually generous in their dealings, and if all conditions within their policy are not met, under some circumstances, should a claim be made, they may deny coverage and leave the insured shop (their policyholder) on their own.

Just as with a personal auto policy, there are numerous situations where an insurer could deny coverage. Such specific exclusions are generally listed within the policy contract, but some may not be clear. The denials may be because the damages were incurred during prohibited activities, for example organized drag racing, while committing a felony, an intentional act, and damages caused while being driven by an excluded driver.

A business’s garagekeepers and general business liability insurance policies also have specific caveats, conditions and restrictions to protect the insurer against unreasonable risks and allow them to control and limit their exposure and losses – some of which may be less specific and much more broad in nature, for example using wording such as “reasonable care.”

To lend a real-life example, back in the late 1990s, we had a 1979 Rolls-Royce Silver Wraith II owned by a local cattle rancher at one of my shops. We had recently completed a cosmetic restoration and modification (removal of vinyl top, aluminum repair and color change) on this vehicle. The job was done and the vehicle was set to be delivered that week upon the rancher’s return from a business trip. Unfortunately, we received a call from our security company stating that our alarm went off, and I discovered that some wayward souls had broken into the shop, hotwired the Rolls and drove it out of the shop and through our chain-link gate. It was found a day or so later and returned to us with the body and interior damaged, including the rosewood veneer on the dashboard…which was all made from the same tree and matched on all the door upper interior trim panels.

As one can imagine, the cost of repair was substantial and included locating and purchasing new wooden dash trim. We were fortunate to locate a backup part made from the same exact tree when the original was made (seems Rolls-Royce does this on each vehicle they make).

At first, we looked to our company’s garagekeepers liability insurer to cover the damage and, during their investigation, they asked several questions, including:

I responded in my claim statement that someone evidently crawled over our eight-foot chain-link fence, broke into the shop, hotwired the car, raised the roll-up door and drove the darn thing through our chain-link gate, which was locked with a heavy chain and security padlock. Furthermore, we had lights that stay on all night that illuminate our entire premises, including the eight-foot chain-link fence. The vehicle was locked and inside our building (which was also locked and features motion sensors). The Rolls’ keys were inside a lockbox in a separate and locked room within our office area, which was also under 24-hour monitored security with motion sensors.

After the insurer’s investigation, they advised that because our company took all reasonable precautions, our company had no liability for the loss, so they denied the claim. The owner of the stolen/recovered vehicle then made a claim against his own carrier under the comprehensive portion of his policy for the cost of the repair we performed for him.

The moral of the story is that even though you may have ample coverage, your insurer, based upon the facts of the loss and the wording within your policy, may deny coverage regardless if you did everything right…or even if you did something wrong!

Suppose a customer brings in a vehicle with damage to the right front and left front, resulting in frame/structural and suspension damage. You repair the vehicle per the insurer’s direction, replacing the vehicle’s right front suspension with an salvaged suspension assembly. The customer is pleased with your efforts and, after a “thank you” and hearty handshake, he loads his family in the vehicle and heads down the highway.

A year later, you receive notice of a lawsuit against you and your company by this same customer for defective/faulty repairs that resulted in property damage and personal injury arising from:

The claims against you include deceptive business practices, failure to use due care, misrepresentation of material facts, conversion of assets, breach of contract and fraud.

You contact your garagekeepers carrier and learn that your policy has the typical exclusions, which include losses caused by any of the following:

With this news, things are getting even worse, so you call your garagekeepers insurer and without hesitation submit your request for their assistance in keeping the wolves at bay. You find that your policy covers:

So the remaining question is this: Will the shop’s insurer be there when you need them due to a loss arising from the use of aftermarket parts, salvaged parts, materials not recommended by the vehicle’s original manufacturer, defective workmanship, etc.? Here’s one answer I received recently from a current ADE client who is a very astute businessperson:

“Barrett, I called my company’s insurance agent about garage liability and garagekeepers insurance. He said that if we know about a repair procedure or the existence of repair procedures and do not repair the car in that manner (and with approved/accepted parts and materials), we likely are operating in dangerous territory and we stand a very good chance that the loss would not be covered under our policy. He’s an incredibly honest guy in saying that the insurance company will expect us to be the experts, not only in the repair but also in knowing where to find the procedures, when and how to implement them (which I think we all know) as well as selecting and employing quality parts and materials. In my case, he said it would be even worse, given the certifications and I-CAR training/Gold Class training and other accreditations we have obtained. Essentially, he stated, “we are the experts and need to act as such.”

I encourage shop owners to contact their insurer and ask them what they will or won’t cover should a situation occur.

So I have to ask, will you take a different position with insurers based upon this information? Or will you:

Or, will you represent your customer’s needs effectively and turn to them for direction in their repair when an insurer ignores your professional and expert opinion and denies payment?

As I’ve stated before, when an insurer denies payment for needed services, parts or materials, there are three basic reasons why:

These would also apply to the repairer who, as the repair professional, should know what the proper repair processes are and how to provide them.

Liability Coverage: Will It Be There When You Need It?