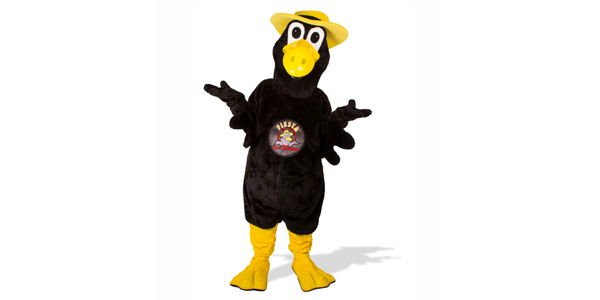 In Albuquerque, N.M., a man dressed as “Max” – the mascot for Fiesta Auto Insurance – recently was attacked while trying to drum up business for a local branch.

According to a report by KRQU News 13, the costumed man was standing outside the insurance agency trying to attract customers when the suspect, Kyton Blair, slapped the back of his bird mask.

“The man in the penguin costume confronted Blair, and says Blair threatened him with a machete, then swung at him with a pocket knife,” the TV station says on its website.

During Blair’s first court appearance, a judge said the charges against Blair are “odd.”

“It alleges an unprovoked attack on a stranger, which is concerning,” Judge Sharon Walton added.

For more, click here or watch the news segment below.