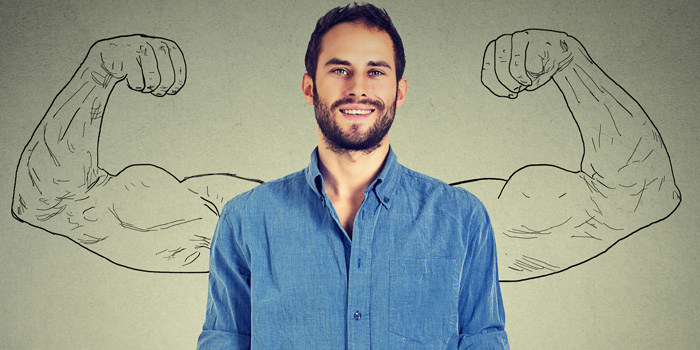 All too often, a leader is described as a person in some great position, a person who makes a lot of money, or even the person who yells at others the most. Unfortunately, none of these things makes anybody a leader, especially not a good one.

There’s one thing that makes you a great leader: having that unnamed quality that makes other people want to follow you. It doesn’t even help to have boatloads of awards and recognition and tell others how great you are. It’s like the old saying: “People don’t care what you know until they know how much you care.”

I’ve seen so many people over the years in positions defined as “leadership roles” only because someone deemed that they were the most aggressive go-getter for the job and they would make others follow them.

Let’s face it, deep down no one wants to be beaten down and made to feel like a loser. We all have that desire inside of us to want to be a winner and be able to make a positive difference in this world – especially in today’s society where so many households have both parents working just to make ends meet while the children grow up sometimes lacking the leadership (or encouragement) they need to get through life.

Be positive; bring out the best in the people who follow you. I once read a book called “Whale Done” by Ken Blanchard which described how to let people know when they’ve done a good job, and to actually offer them a compliment. Is it insecurity in our own leadership abilities that keeps us from offering praise to someone else? It makes you wonder.

So how about those newer, younger employees? What a great place to start from scratch and take them “under your wing.” Make sure you explain in detail what’s expected of them, and even write out the details (if you feel the need) in the form of standard operating procedures (SOPs).

Notice them when they do something right and guide them, not condemn them, when they don’t. Earning their respect will hopefully enable them to follow your leadership for the duration of their employment. If they fail, it might just be because of the lack of leadership they’re getting. Have the ability to train in areas of improvement. If you don’t know how to teach them the task you’re asking them to do, then how in the world are you supposed to lead them?

What about the more veteran technicians? The ones who don’t think they need leadership to tell them what to do because they’ve been doing this for years.

First, you need to study them and learn what their strengths and abilities are. Don’t necessarily offer them praise right off the bat because it may seem like a sign of weakness to them. Be a hard worker yourself. Make sure they have what’s needed to accomplish their job when they need it. This could be everything from parts, materials, repair procedures or whatever.

Cater to their strengths whenever possible while trying to avoid pointing out weaknesses, at least at the beginning of your working together. There will come a point, though, where a leader will have to “right the wrongs” they see taking place. The exception to waiting is if an improper repair is being done or unsafe practices are occurring. Those things must be dealt with immediately. Good examples are wearing safety glasses while grinding or placing jack stands underneath a lifted vehicle. They might get frustrated when I get on them, but I always tell them that it’s only because I care. Once you’ve shown these “veterans” that you’re actually there to help them and not to “rule over” them, you’ll open the door for a quality working relationship.

Training for yourself is a must! So many companies believe in investing in their technicians through training, which is a great thing to do, but neglect training their leaders. How can you possibly tell someone who has been doing the same thing for years that it’s incorrect if you have no clue yourself?

You don’t necessarily have to be able to do the task they’re doing, but you should definitely have an understanding of the correct way to do it. After awhile, feel free to offer up some praise and even share some new products, different tools or ideas of different ways to complete the task at hand. Once they see you know what you’re talking about, they’ll want to follow you as a leader.

Here are some key ingredients that will help you become a better leader:

Be the leader you yourself would actually want to follow. We don’t need another dictator – we need a leader. Would you want to work for yourself? Are you benefiting others? Are you furthering your education? Can you be a better you?