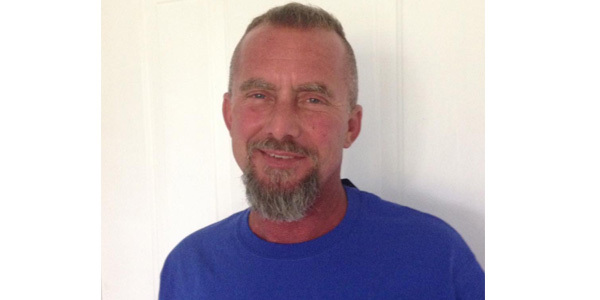 Andy Retz, head of the collision repair program at Lorenzo Walker Technical College in Naples, Fla., says local shops are hiring his students just as fast as he can train them.

Editor’s note: This is Part 1 in a series focusing on the challenges of finding and keeping skilled help in the collision repair industry.

Andy Retz is “passionate about things getting done the right way.” So when the former master technician and body shop manager moved to South Florida eight years ago, his reaction was: “Oh my God, I can’t believe they’re doing that to that car.”

“People were butchering cars that shouldn’t have been fixed in the first place,” Retz recalls. “It was horrendous. And after watching that for a while – without making waves – I slowly started teaching the ones who would listen, ‘Hey, you can’t do that. You don’t fix cars like that.’”

When his body couldn’t keep up with the physical demands of collision repair work – Retz says his elbow has been rebuilt three times – he retired in 2016. But Retz saw an opportunity to help the profession at Lorenzo Walker Technical College in Naples, Fla., where he took over the school’s auto body program that same year.

Retz already was familiar with the school, having recruited a number of the school’s graduating students for local shops before retiring.

The program, Retz says, was in dire straits.

“The administration had no idea what the earning potential is in the collision industry,” Retz tells BodyShop Business. “And I think anything that was ever pushed here was mechanical. They didn’t realize that a good mechanic out there is making 80 grand – if he’s lucky – and a good body tech is making 120 grand. They had no idea there was much more money and much more constant work [in collision repair].”

The school’s body shop was in “shambles.” Retz found an untouched frame-measuring system in a shed, “getting rained on,” with the computer’s motherboard removed. The tools were gone. When he arrived, Retz says the auto body program had fallen by the wayside for a semester, and the school’s welding program had taken over the space. All that was left in the shop was a paint booth and a bunch of welders.

“The kids couldn’t read estimates,” Retz recalls. “They couldn’t use a measuring system. They learned nothing about welding, nothing about adhesives. All they really learned to do was paint and mix paint – and they didn’t learn how to do that great.”

Retz credits the school’s new administration for giving him “carte blanche” to rebuild the auto body program. And he did. Today, local body shops are snapping up his students just as fast as he can train them, and 100 percent of the kids graduating from the program have found work in the collision repair industry.

Last year, the Collision Repair Education Foundation named one of his students – Rosalinda Pop-Pablo – its Collision Student of the Year.

“I’m not saying I’m the greatest guy in town,” Retz tells BodyShop Business. “But I teach my kids how to write estimates, how to read estimates, how to do body work, how to do frame work, weld, paint and everything else, so when they come out of here they’re maybe not a master at anything, but they’re experienced enough that they could go to work for anybody who would be willing to nurture them along, without being green.”

The Automotive Collision Technology Technician program at Lorenzo Walker teaches “industry-proven skills such as sheet-metal repair, cost estimation and customer service,” according to the school’s website. When they graduate, students hit the ground running as an I-CAR Platinum Pro Level 1 tech.

While the resurrection of Lorenzo Walker’s collision repair program is a feel-good story in many ways, it also speaks to the challenges that the industry faces in grooming the next generation of auto body techs.

Retz’s average class size is 20 students, who are divided into three groups based on their respective skill level. “It’s like running three separate classes at the same time,” he says. With the frame rack in one building and the paint booth in another building, Retz is “constantly running.”

He says the school has been trying to find him an assistant, but that’s been a tall order, given that the job pays $20 an hour – with no benefits – and requires six years of industry experience.

“Who’s going to leave [the collision repair] industry with six years’ experience for a $20-an-hour part-time job when they’re probably on their way to making 100 grand a year?” Retz says. “Nobody. And you can’t even find old retired guys like me who want to do that anymore.”

His other big challenge is finding higher-quality students. In the past, the school “had no idea what personality type to funnel over to the auto body program.” So Retz is trying to raise awareness of the opportunities in collision repair, pointing out that the program isn’t just for the “16-year-old car guy.”

When talking with the school’s counselors and administrators, he emphasizes that students with an artistic bent can flourish in the program too.

“A lot of auto body work is nothing like mechanical work,” he says. “It’s more of an art. You have the sculpting of doing mud work, the creativity in the paint booth.”

He believes that’s why the program is starting to attract more girls, such as Pop-Pablo.

“They realize that they can express some of their creativity in another neat way, and of course their dads are watching those Velocity car shows and they’re watching them too, thinking, ‘That’s cool. I bet I could do that.’”

In the 1980s, Retz got his start in the collision repair business by finding a body shop in the Yellow Pages and asking for a job washing cars. His advice to shops now: If someone shows up at your shop asking for a job, send him or her to a vo-tech program.

“It’s going to save you a couple thousand bucks just in I-CAR fees if you send your kid over here to my class,” Retz explains. “He already has expressed a desire to do this. He takes my class for 1,400 hours for a little over a year, and he’ll walk out of here I-CAR Platinum certified. He can still work for you for half a day, and after six months he can work for you most of the day. You’re going to wind up with a certified tech who actually knows right from wrong and isn’t going to learn all the bad habits that we’re trying to get out of the industry here right now.”