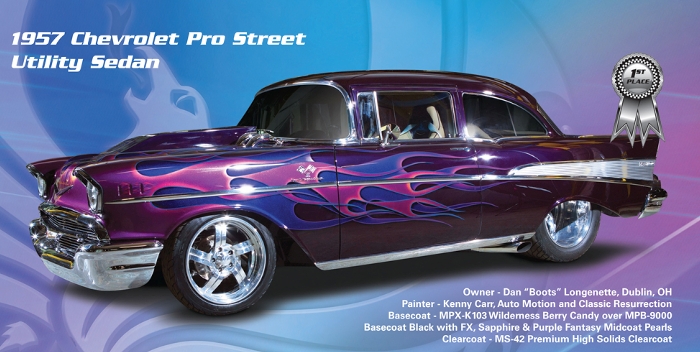 Matrix Automotive Finishes has announced that its 2015 Matrix “Award Winning Finishes” Calendar Contest was yet another big success.

Matrix customers across the country were invited to participate in the eighth annual contest with the opportunity of being featured as one of 12 finalists. Similar to years past, many of the vehicles were designed and painted by restoration, custom and body shop painters nationwide.

Also winning spots in the calendar were:

“We want to thank everyone who entered our contest as we received many outstanding entries,” said Kelly Mack, marketing communications manager for Matrix. “This year, each of the top 12 winners will receive a box of calendars and a customized Matrix ‘Award Winning Finishes’ jacket. We thank everyone for their creative approach and technical skill, which made this year’s competition an exciting one.”

All featured “Award Winning Finishes” can be viewed here.