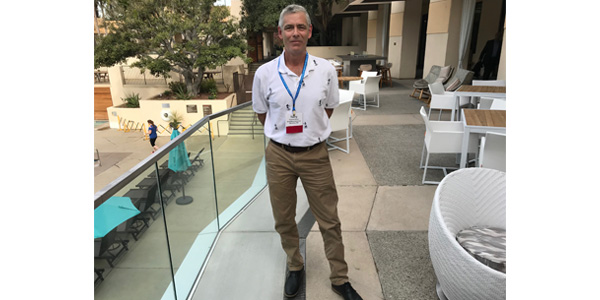 After toiling as a shop owner in the 1980s, Terry Koloc of Norwood Young America, Minn., realized it wasn’t for him. But Koloc decided to stay in the collision repair business – and the industry is better off for it.

After toiling as a shop owner in the 1980s, Terry Koloc of Norwood Young America, Minn., realized it wasn’t for him. But Koloc decided to stay in the collision repair business – and the industry is better off for it.

Koloc, the 2017 BodyShop Business/ASE Master Collision Repair & Refinish Technician of the Year, has been in the collision industry for 37 years. A lifelong Minnesotan, Koloc is closing in on 25 years as a technician at Lenzen Chevrolet Buick in Chaska, Minn., where he gets to apply his skills and expertise to just about every facet of the repair process.

“We’re a combination shop, which is hard to find these days,” Koloc tells BodyShop Business. “We don’t have a dedicated painter and a dedicated body guy and a dedicated frame guy. Everybody takes the job from start to finish.”

Koloc is an I-CAR Gold, ASE Master and GM World Class Master technician, which makes him well suited for the work structure. While some of his peers say they’d prefer to have specialized roles, Koloc enjoys the variety. “It keeps things interesting,” he says.

Koloc views the profession as a craft that’s at the intersection of science, technology and art. His favorite part of the job: “taking something that’s rolled in a ball and making it whole again.”

“I think that’s where the intersection is: thinking creatively, deciding how to reverse-engineer a collision, in a sense, and coming up with inventive ways to using the tools that the industry has to offer.”

Koloc’s first taste of the collision repair businesses came as a paint mixer for a local paint, body and equipment jobber. Koloc worked there part-time while taking classes at Hennepin Technical College.

When he finished school in 1983, Koloc started working at a “one-man backyard body shop.” But it was a tough time for collision repairers in Minneapolis-St. Paul – “there was a big crash in our area in 1983” – so Koloc went back to work for the PB&E jobber as an assistant manager.

After a few years, Koloc got the itch to start his own shop.

“So that’s what I did. I started a shop on my own and worked myself poor for about three years.”

The experience took a toll, professionally and personally. “I burned through a couple relationships being a shop owner,” Koloc says. There was a silver lining, though. During that time, he met his wife, Dawn, who encouraged him to go back to a “regular gig.” It turned out to be great advice.

Koloc closed the doors to his shop, found someone to take over his lease and got a job at a GM body shop. After a year there, he moved on to Lenzen Chevrolet Buick, and he’s been working there ever since.

Koloc has flourished at the family-owned dealership, and he credits owner John Lenzen for encouraging the shop’s technicians to “train and train and train.” The ongoing training has been invaluable, Koloc says, especially as vehicle technology seems to “take giant steps every year.”

Koloc certainly has made his employer proud. In 1997 and 1998, he was a finalist for the Buick Best Advisory Council Award, and in 2002, he was the PPG/ASE Refinish Technician of the Year. 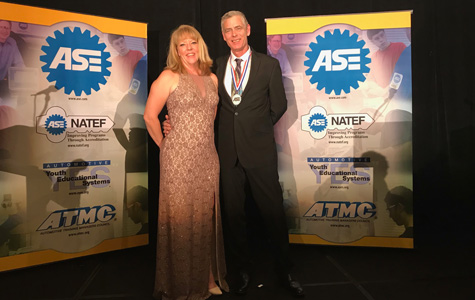 Terry and Dawn Koloc have raised four children and now have three grandchildren. They’re salt-of-the-earth people (picture some of the more endearing characters from the movie “Fargo”) who love hockey – they’re from Minnesota, after all – and backcountry camping in the Boundary Waters Canoe Area Wilderness.

Dawn Koloc is an auto body tech’s wife through and through: She works at a NAPA Auto Parts store, and can talk shop like an industry veteran. Whether it’s at the ASE Technician Awards Dinner or in the garage helping Terry restore his father’s 1975 Norton Commando motorcycle, she’s always by his side.

“She’s my best friend,” Terry Koloc says. “ … She’s really the catalyst for what we’ve managed to accomplish together.”

Terry Koloc has been around long enough to remember the days when the auto body industry was more of a racket than a profession. But with the evolution of vehicle technology and the emergence of industry trade associations, “there’s no room for bottom feeders anymore,” he says.

“You just can’t be kind of good at it anymore,” Koloc adds.

As vehicles become exponentially more sophisticated, the industry is going to need more techs like Koloc.

“It used to be a lot simpler,” he says of the days of body-on-frame cars. “It was checkers – now it’s chess.”