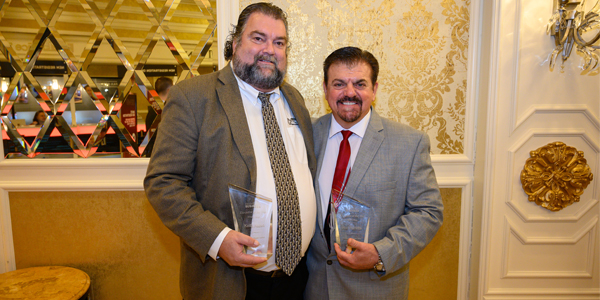 Meet the BodyShop Business 2019 Executives of the Year

This year’s Single-Shop award winner is Keith Hazen of Collision Repair Center, and the Multi-Shop winner is Ron Perretta of Professionals Auto Body.

For the 35th consecutive year, BodyShop Business has recognized distinguished collision repair facility owners and managers with its Executive of the Year award.

The awards are given to true collision repair “visionaries,” individuals who have experienced great success by being forward thinking, overcoming challenges and persevering. Winners are selected based on experience, special achievements and involvement within the local community and collision repair industry.

This year’s Single-Shop award winner is Keith Hazen of Collision Repair Center, and the Multi-Shop winner is Ron Perretta of Professionals Auto Body. Hazen and Perretta received their awards at the Collision Industry Red Carpet Awards Breakfast on Nov. 6 at the SEMA Show.

No Money, Credit or Equipment

Ron Perretta’s collision repair career has spanned 40 years. He opened his shop in 1979 with no money, no credit and no equipment. He had never worked for any other shop and was the only employee. He did all the estimating, painting, frame and body repairs in a four-car garage.

In 1982, he purchased a larger building, added staff to help with repairs and purchased his first frame machine. Between 1983-1984, he had a computer company build him a program to write estimates and a management system to track production. He expanded the offices and added a second-floor conference room. In 1987, he added more room, raised ceilings and installed the first paint booth with baking capability. In 1990, he purchased three acres of land in one of the fastest-growing areas in Central Pennsylvania, and in 1992 broke ground for a new 15,000-square-foot facility.

In 1998, he started coaching shop owners and managers and found himself on the phone with shops from all over the world. Today, he continues to coach shops all over the industry under Global Business Consultants and Coaching and helps shops with marketing, advertising, social media, systems, procedures, legal documentation and training.

The industry associations he has been involved with are numerous: ASA, CIC, SCRS, the Pennsylvania Collision Trade Guild, the Coalition for Collision Repair Excellence and the Automotive Management Institute.

His community involvement runs deep. Every year, he donates 20 to 30 gift baskets to a variety of events, organizations or fundraisers to help different causes. One of the most successful fundraisers he put together was for a local family whose son almost drowned. The family was left with a huge medical bill, and he organized a car wash fundraiser that raised over $5,000. This past year, he teamed up with local law enforcement and provided the kids of four needy families with Christmas presents.
Asked what the Executive of the Year honor means to him, Perretta said he was touched to be recognized by the industry he has put a lot of blood, sweat and tears into.

“There’s not a better award than one given by the industry that I’ve worked so hard to make better over the last four decades.

“After 40 years in this industry, my first reaction when I found out was, ‘It’s about time.’ Joking! But truly, it means a great deal to me, my wife and our staff. I don’t look at an award as if I deserve it. It’s a team award, and we’ve received many over the years. It takes all of us to do the right things, setting examples, staying on course with our values, ethics and morals, and doing what’s right for our clients who are consumers.”

Perretta said he feels somewhat like a rock star after all the congratulations he has received.

“Lots of people have contacted me to congratulate me, and the same with my staff,” he says. “Honestly, people know how I do business; they know how hard I’ve worked to change the perception of the industry to be more professional and ethical. The industry has come a long way, but we still have a long way to go.”

BodyShop Business started handing out the Executive of the Year award in 1984, and the list of winners reads like a who’s who in the collision industry. In fact, many of the past winners – Jack Caldwell, Chuck Sulkala and Rex Womble, to name a few – are inductees of the Hall of Eagles collision hall of fame.

“I’m familiar with those names, and I’m fortunate and honored to be in the same category as this group of hard-working people,” Perretta says. “Honestly, I’ve said to a lot of people, ‘You deserve the award as much as I do,’ and it’s true. There are so many who are in the industry who do a great job.”

Asked if he would still choose the collision repair industry as a career if he could back in time, Perretta talked about the good and bad.

“I believe I made a good decision back in 1979 when I started this company, and again, I’ve been fortunate,” he says. “But if I had to start today, considering the investment that’s needed, I would probably not enter the industry. There are many other businesses with a better return on investment.

“I think about this a lot. I have a lot of friends in the industry who have children, and these kids are no dummies. They see on a daily basis what their parents go through and the frustration in trying to make ends meet in their shops. And they always ask me, ‘Would you want your kids to go through what we go through on a daily basis?’ My answer always is, ‘I could never do that to my kids.’ I truly believe there are other careers in the automotive industry that you can take pride in your work.”
For people just starting out in the collision industry, Perretta has some advice for them if they to be successful: “Don’t waiver on your beliefs, do only the right things, be more educated than the next guy, and stay consistent with everything you do.”

Finding out he had won the Executive of the Year award was an emotional rollercoaster for Keith Hazen, who has been in the collision industry 31 years and is currently the manager of Collision Repair Center in East Moline, Ill.

“At first, it meant everything to me because it kind of gives you validation for all the blood, sweat and tears you’ve put in through the years,” says Hazen. “But when I found out, later that day, I got to feeling guilty because I’m getting called out individually on this award but it wasn’t an individual effort. I’m blessed to be surrounded by a lot of good coworkers who share a common goal and help me accomplish what we need to accomplish. None of these big-time awards are accomplished single-handedly; there’s a whole group of people involved to help get you there.”

Hazen admits he actually teared up when he received the phone call that he had won the award, explaining that it validated everything he has worked for.

“It’s great to feel like you’ve accomplished something and somebody has finally recognized all your hard work – that you’ve built a good team, you’ve given good leadership and you have the support of your employees,” Hazen says. “My wife said, ‘You know, honey, when things aren’t going right, you shoulder all the blame. So when it goes right, shouldn’t you shoulder some of the reward?’ Well, yeah, but unfortunately that’s not the way things are. The job is about sharing the glory and also tackling the shortcomings. I’ve got 34 coworkers, and so there’s a lot of brain trust that goes into making the operation work every day.”

When Hazen thinks of the elite roster of past winners of the Executive of the Year award, he says it takes his breath away.

“You think, gosh, these guys have accomplished this? And hopefully it inspires me to achieve another goal. I mean, if they got into the Hall of Eagles, I need to figure out how to get there.

“It’s about doing everything right day to day, persevering, making a difference and being involved. It’s a daily battle. People don’t understand that you’re a liaison between an insurance company and the customer, and you’re trying to make sure that their car gets fixed correctly, but yet they’re not the one paying for it.

“I look at the fast-paced, changing technology with ADAS and calibrations, and I think there’s going to be a large separation in shops down the road where the little guy’s not going to be able to survive because of the amount of tools and equipment required to perform the task.”

Hazen’s advice to newcomers to the collision industry is: LEAD, or Listen, Educate yourself, Apply yourself and be Dependable to your employer. This acronym is one he came up with himself to help mentor young collision workers.

“You need to show up for work. And you need to come in with a good work ethic. I think that’s what people need to do.

“I look at the work ethic of the kids that are coming up behind us and what used to be so important, which was money, money, money. Now, kids don’t really care so much about the money but the time off, and they don’t apply themselves as well as what they should. And we have mentors in my shop mentoring apprentices, and they tell me, ‘I just wish he would listen.’”

When asked if he would choose the collision industry as a career if he could do it all over again, Hazen did not hesitate to say yes.

“No question at all,” he says. “Because again, every day is a challenge. Every day is different. There’s nothing mundane about it. Each accident is different, and each claim is different. It never gets boring. So yes, I’d do it all over again. I think it’s a great opportunity to make a comfortable living. And if you have a mind that needs to be stimulated, look no further than collision repair.

Advertisement
In this article:executive of the year, jason stahl

Meet the BodyShop Business 2019 Executives of the Year 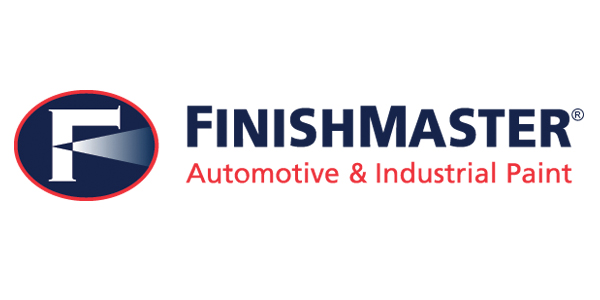