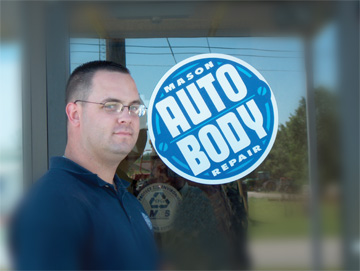 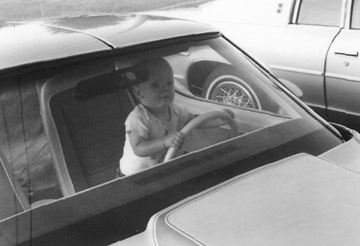 That’s how Webster’s defines the word “mentor.” But what does mentoring really mean to the collision repair industry?

First of all, mentoring is taking someone under your wing and showing him the ropes. By doing this, you’re taking a vast wealth of knowledge and investing it in another.

Don’t ever take for granted all the experience you have under your belt. There’s no other way to get the background you have other than to live it day by day. No matter what position you’re in or have been in, you bring a unique view to another who’s just starting out.

By mentoring, we can literally breathe life back into an industry that’s finding itself looking for qualified technicians, managers and estimators on a constant basis.

But does it really work? Where’s the value?

I believe the main word here is “education.” You’re giving that person an education that he can’t get just by going to school. He can only learn so much before he has to put the rubber to the road and prove it.

So if we’re involved with vo-tech centers, we have the opportunity to meet these youngsters early on and show them what we have to offer: a real-life, hands-on education that can serve them well, long into the future.

But does it really work? Sure, there will be times when it doesn’t turn out the way you hoped for. But there are also times when mentoring can produce a great success story, like the one I’m about to tell you.

Our victim … err … subject, Jeff Kreisler, began in the business at the tender age of birth. He wasn’t aware at the time that his parents were sending him down a particular path of destiny. But anyone who comes home from the hospital in a 1963 split-window Corvette is bound to have cars in his blood. (Where do you suppose they put the baby seat?)

Kreisler’s dad spent time working on cars and putting together carburetors for his friends. And you can only watch your dad mess with something for so long before you figure that you also should be involved. So, at the tender age of 2, Kreisler rebuilt his first carburetor. OK, maybe I made that part up, but it was only a matter of time.

Kreisler decided early on that he didn’t want to embark on a life of working for the fast food industry. All his buds seem to be flipping burgers or bussing tables, and Kreisler thought that there must be something more. So, as he rode around daydreaming in his ’79 Chevy Malibu, the idea hit him to try something involving cars. (When you’re the kid of a gearhead, it’s pretty much your density … I mean destiny.)

Kreisler began as a part-time detailer at Bruce and Ellen Wiggintons’ shop, Mason Auto Body, in Mason, Mich., at the age of 16. And he quickly realized that he enjoyed working with cars and that it beat fast food hands down. He still ate it. He just didn’t make it.

“You really need to work on the floor to get a hands-on feel for what it takes to repair a vehicle properly,” says Kreisler.

Kreisler then received a partial scholarship from Mason Auto Body and began taking classes at the NATEF-certified Lansing Community College.

“Jeff was one of the first to receive a scholarship from us,” says Bruce Wigginton. “It was a new program for us really. We felt that Jeff had potential beyond the detailer’s position and wanted to grow him in to a great technician.

“Jeff also has a real desire to achieve and wants to better himself. As a detailer, he took pride in his job and communicated well with the technicians if there was an issue that needed some attention before delivery.”

Taking a variety of subjects such as welding, suspension, brakes and some business classes to round himself out, Kreisler remained in school until he was 21, while still working part-time for Mason Auto Body.

“We put him to work in the shop as an apprentice working with the body techs and the paint department,” says Wigginton. “I felt as though he needed to know what it took to put a car back together from the technician’s side if he was to be successful in this business. He spent about six months doing tear down and put togethers. He also did some prep work in the paint shop.”

When Kreisler was about to finish school, he approached Wigginton about a position in the office. Wigginton took him up on it — bringing Kreisler up front just before his last term to learn the workings of the office.

Wigginton worked with Kreisler personally and also had him work with their production manager. Wigginton says he noticed that Kreisler dealt with customers very well and had a positive attitude — leading him to decide that Kreisler would be a bigger asset in the office than as a technician. So he offered Kreisler the opportunity to work up front full time.

Says Wigginton: “I still continued to work closely with him until I felt comfortable letting him be on his own.”

As for Kreisler, he says he’s really enjoying working with the customers on a daily basis, but he does occasionally miss being bayside.

“I do like to work with my hands and miss it sometimes,” he says. “[That technical experience has been] very rewarding and invaluable to do my job better up in the office. You really need to work on the floor to get a hands-on feel for what it takes to repair a vehicle properly.”

Although Kreisler’s happy in the front office, he won’t be satisfied till he owns the front office. He’s currently in the process of buying the business from the Wiggintons, and he’ll likely have full control of Mason Auto Body in about two years.

“When I began working closely with Bruce, it really gave me the push to want to go further than just being an employee,” says Kreisler.

“I’m very confident in Jeff’s abilities and feel that he has what it takes to take Mason Auto Body to the next level in the future,” says Wigginton.

What does “next level” mean exactly? “It could mean a few different things actually,” says Wigginton. “But, right off hand two things come to mind — like multiple shop locations and/or increased sales at the current location.”

Kreisler credits Wigginton with inspiring him to become a shop owner himself.

Kreisler’s story serves as an example to all of us involved in the autobody trades that mentoring has real-life advantages — and that more of this needs to happen on the many different levels in our businesses.

It’s a major plus to work with your local vo-tech centers and to offer to apprentice these young minds to show them that this trade can be very gratifying. It’s also one that can take them to many different levels — if they so desire.

“I have to give all the credit to Bruce and Ellen for giving me the guidance and opportunity that they have,” says Kreisler. “They were the main reason I chose the autobody industry.”

Writer James Rossman, 37, has been in the autobody industry since 1989 and has been employed as a painter’s helper, a painter, a wholesale area manager for a paint company, a wholesaler rep for a local jobber and a production manager. These days, he’s the business development manager at Vision Collision in the Lansing, Mich., area. Rossman’s been involved in nearly every facet of the industry, short of doing his own frame work. (“Although I think as a manager, I was actually framed for a couple of things,” says Rossman.) He enjoys spending time with his family and restoring his 1980 Oldsmobile Cutlass.


•Are you the independent type, who wants to set up a mentoring program all on your own? No problem. To find out if there’s a NATEF-certified school near you, go to www.natef.org and click on “Certified Programs.” You can then search your state to find out which programs in your area have been given NATEF’s stamp of approval. NATEF was founded in 1983 as an independent, non-profit organization that evaluates technician training programs against standards developed by the automotive industry and recommends qualifying programs for certification (accreditation) by the National Institute for Automotive Service Excellence (ASE).

•Are you not quite so confident that you can set up this whole mentoring thing on your own? No problem. Check out Mentors @ Work at www.mentorsatwork.com. Mentors @ Work provides an occupational mentoring/apprenticeship system to build the employees you need within your own shop. Mentors @ Work’s trainers will walk you through the program, step-by-step. Too busy to dedicate the time to effectively manage a full-fledged apprenticeship/mentoring program? You’re not alone. Mentors @ Work also offers an enhancement called, “We’ll Manage It!”