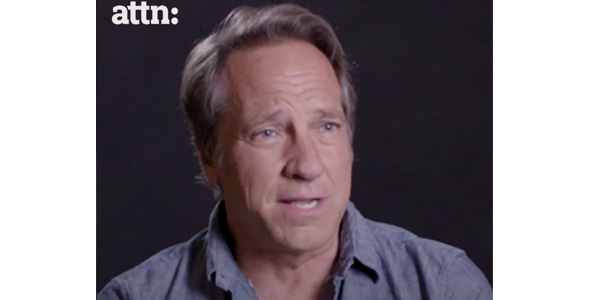 “We’re lending money we don’t have to kids who can’t pay it back to educate them for jobs that don’t exist anymore,” Mike Rowe says in a new video. “Bad idea.”

We expect a lot of our kids. For one thing, we expect them to figure out what they want to do for the rest of their life – at 17 or 18 – and borrow tens of thousands of dollars to fund a college education that doesn’t guarantee they’ll land the lucrative job that they’re pursuing.

For Rowe, attending a community college was an affordable way to experiment – to figure out what he was good at, and what he didn’t like. “You can’t experiment at 80 grand a year,” he says.

“We’re looking at teens and asking them to borrow a huge amount of money, declare a major and then go down a road that they’re not going to be able to course-correct without having a huge financial calamity as a result,” Rowe adds.

If you’re not familiar with Rowe, the TV host and pitchman is an outspoken advocate for the skilled trades. Rowe has penned letters to the last two presidents, and has testified to Congress on several occasions. His message: The only way to solve the skills gap in trades such as collision repair is to change America’s fundamental perception of the skilled trades.

Rowe laments that too many parents, teachers and guidance counselors push high schoolers into a four-year college degree instead of discussing – or at least considering – other postsecondary options such as vo-tech school or community college.

“We’re lending money we don’t have to kids who can’t pay it back to educate them for jobs that don’t exist anymore,” Rowe says in the video. “Bad idea.”