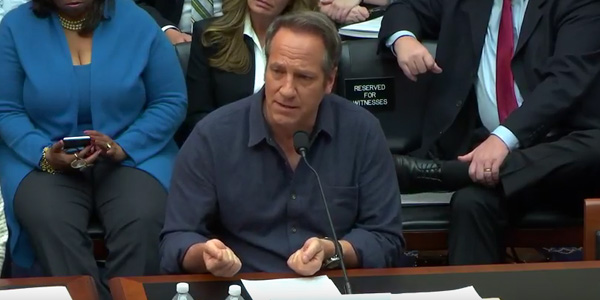 The collision repair industry isn’t the only field struggling with a lack of skilled workers. At the end of 2016, there were 325,000 job openings in U.S. manufacturing, out of 5.5 million total job openings, according to the U.S. Bureau of Labor Statistics.

About 75 percent of those job openings don’t require a four-year degree – a statistic that’s not lost on actor and TV host Mike Rowe. Rowe, the former host of the Discovery Channel’s “Dirty Jobs,” has been preaching about the skills gap for at least a decade. The problem is, few people outside of the skilled trades seem to be listening.

Rowe has penned letters to the last two presidents, and has testified to Congress on several occasions – most recently on Feb. 28. His message: The only way to solve the skills gap in trades such as collision repair is to change America’s fundamental perception of the skilled trades.

“The core problem is nobody really knows how to talk about the skills gap, because there’s a belief and a narrative in the country that says we can cure unemployment by creating more opportunity, and obviously there’s some truth to it, but the skills gap has nothing to do with unemployment,” Rowe asserted on the Fox News Channel’s “Tucker Carlson Tonight.”

“ … You can have all the opportunity and all the training in the world, but if you don’t have an underlying appreciation for the work – if you’re not talking about jobs that people affirmatively aspire to – you’re gonna be pushing the boulder up the hill, or tilting at the windmill, or whatever self-defeating metaphor makes the most sense to you.

“It’s a sucker’s bet. You have to be talking about jobs that are uniformly cared about in order to move the needle.”

“There’s a long list of stuff we can’t control, but it is completely in our power to decide what the definition of a good job is,” Rowe told Tucker Carlson. “That’s up to us.”

Rowe eloquently conveyed his position during a Feb. 28 meeting of the House Committee on Education and the Workforce. The theme of the hearing: “Providing More Students a Pathway to Success by Strengthening Career and Technical Education.”

Rowe told Congress that the student-loan bubble – which is up to $1.3 trillion – is on the verge of bursting, “and yet we continue to lend money we don’t have to kids who can’t pay it back.”

At the same time, most high schools have cast aside vocational education, “as millions of Americans still view a career in the trades as some kind of vocational consolation prize.”

The situation “poses a clear and present danger to our country’s overall economic security,” Rowe asserted.

“When we took shop class out of high school, we sent an unmistakable message to an entire generation of students,” Rowe said. “We told them – no, we showed them – that a whole category of jobs was simply not desirable. Is it any wonder those are the very jobs that go begging today?

“The skills gap will never close until that perception is corrected, and the cost of college will never come down if we keep telling people that a four-year degree is their only hope of being successful. We need an educational system that re-embraces and reaffirms the importance of the vocational arts. It’s not simple, just basic. If we want to make America great again, we have to make work cool again.”

In addition to his speaking engagements and TV appearances, Rowe leads the mikeroweWORKS Foundation, which awards scholarships to students pursuing a career in the skilled trades.