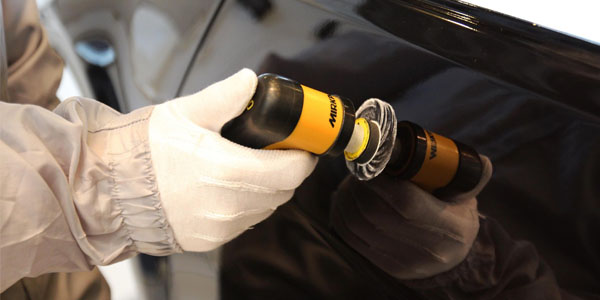 Mirka announced that its cordless sander, the AROS-B, was named the 2019 Global Media Award Winner at the SEMA Show in Las Vegas.

Mirka announced that its cordless sander, the AROS-B, was named the 2019 Global Media Award Winner at the SEMA Show in Las Vegas. It was selected out of thousands of products by a panel of international judges.

About 30 judges from 22 countries carefully reviewed and evaluated nearly 3,000 product entries at the SEMA Show before selecting the products they felt would appeal most to consumers in their home countries. The Mirka AROS-B was selected for the award by Speed and Sound Magazine from South Africa.

“We are extremely honored,” said Mats Bystedt, portfolio manager for Power Tools at Mirka. “It shows that the countless hours we’ve spent trying to understand the needs of the operators in the automotive industry have paid off. Meeting the high expectations of professional users is not an easy task.”

For more information on the Mirka AROS-B, visit mirka.com.

Advertisement
In this article:Mirka, sanders