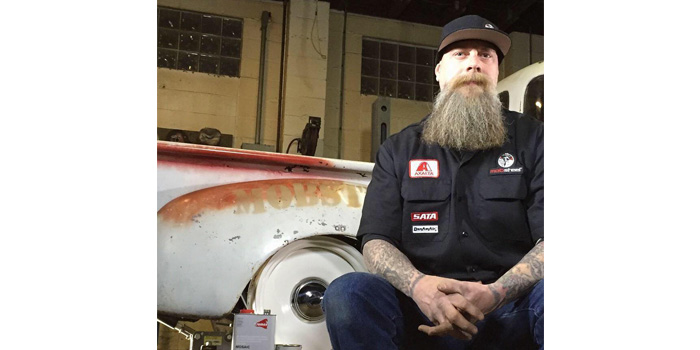 In the post, Ron Coan details his experiences working with Radiant Red and discusses how he painted the No. 24 Axalta Chevrolet SS racecar.

Axalta Coating Systems announced the newest post on its Color Block blog titled, ‘It’s Good to Go Red!’ by Ron Coan, who is a guest author, Mobsteel custom car painter and reality TV star. Coan is one of the stars of NBCSN’s new automotive show, also titled Mobsteel, which debuts on August 16th at 6 p.m. and then airs weekly on Wednesdays at 10 p.m.

In the post, Coan details his experiences working with Radiant Red. He discusses how he painted the No. 24 Axalta Chevrolet SS racecar, driven by four-time NASCAR Cup Series champion Jeff Gordon, in Axalta’s Automotive Color of the Year 2015.

“Nothing is more satisfying than laying down good paint with good texture, and good color,” said Coan. “I’ve seen a lot of changes during my 30 years in the business, but some things are timeless. Red has been around for a long time, and I have a feeling it isn’t going anywhere thanks to all of the new toys a painter has to keep things fresh. Radiant Red has cutting-edge color technology, and I can’t wait to get back to spraying it some more.”

Lisa Miree-Luke, Axalta’s head of corporate affairs for North America, added, “We are excited to have Ron Coan as a guest blogger. Many in the industry consider Ron to be one of the best custom painters working today. Ron really has some great insight on how Radiant Red can make a car stand out.”