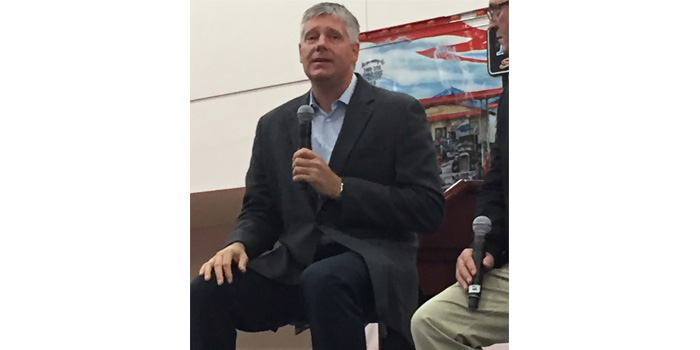 At the closing NACE | CARS press conference on July 25, Automotive Service Association (ASA) President and Executive Director Dan Risley was frank in saying he was slightly disappointed in the overall numbers, but was encouraged that there was growth over last year: sold square footage up 20 percent, and 6,496 attendees on the show floor versus 6,253 last year.

“When you put a lot of time and effort into something, you expect grandiose results,” Risley said. “Last year, I felt like we had grandiose results, and you saw me running around here singing the praises that things were really rocking. We had growth this year, and I should be really happy because we previously had five years of decline, but you can see by my face and maybe my poor posture that I’m not overly enamored  with 20 percent growth or a couple hundred additional people. We will work harder and find out other ways to get that jump again so we can get that nice incremental growth.”

ASA and show management thought that the people from last year would return, and word-of-mouth might get them 1,500 more attendees to maybe reach a total of 8,000.

“There wasn’t a tremendous amount of repeat business, though, which is something we can’t explain,” Risley.

Added Brian Nessen, co-founder of show management company Stone Fort Group, “Perhaps it had something to do with being in the same city twice, but that’s about to change. We’re expecting Anaheim (Aug. 9-13, 2016) will bring the people who were here last year and the new people who were here this year and then also the folks who will be in the California area next year for robust attendance.”

According to Nessen, that was one of the draws of California: 34,000 shops. Also, several automakers located in California putting their support behind the show. 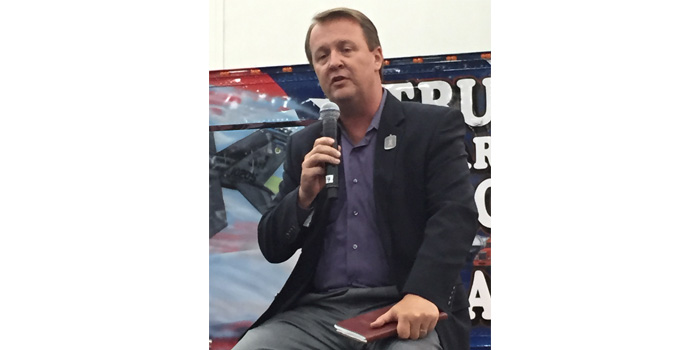 “In moving to Anaheim, we spent a lot of time traveling and visiting with OE representatives in California, most of them from Asia, and got their support in advance,” Nessen said. “It’s easy to support when it’s in your backyard, but what about California? And it was a resounding ‘yes’ across the board. So you will see the same companies that were here in Detroit this year in Anaheim next year. They are very important as a foundation for the show.”

Other reasons for picking Anaheim, Nessen said, were hotel costs, availability of its convention center, and that another big show supporter, I-CAR, would be having their annual meeting on the West Coast.

In Detroit this year, there were many co-located events held by CIC, MERA, CCIF, SCRS, CREF and other associations and organizations, and that doesn’t look to change in 2016.

“The number of co-located groups that were here is really important because that also adds more attendance,” Nessen said. “ASA made a strong effort to get more of the industry involved.”

The 2016 NACE | CARS show in Anaheim will also have the support of the California Autobody Association and the Automotive Service Councils of California, which is considering having its annual meeting during the show.

“As long as we continue to grow the event, it’s going to be a great program for the industry,” Nessen said. “I think a lot of it has to do with the content that ASA developed.”

That content was a bright spot at NACE | CARS. Deciding to switch to more management than technical training on the automotive service side, ASA saw sold-out rooms for a lot of the forums.

“There was standing room only,” said Donny Seyfer, chairman of the ASA Board of Directors. “We had to bring in chairs, so we think we hit the mark with that and we really want to build that even more. I didn’t want to go too far too fast, so I think next year we will take that up even a whole other notch. I’m expecting to triple or quadruple the size of CARS next year.”

Advertisement
In this article:asa, NACE | Cars