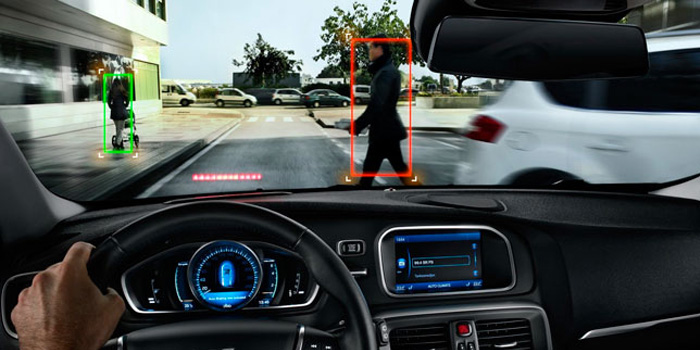 A new report from AAA reveals that the majority of U.S. drivers seek autonomous technologies in their next vehicle, but they continue to fear the fully self-driving car.

Despite the prospect that autonomous vehicles will be safer, more efficient and more convenient than their human-driven counterparts, three-quarters of U.S. drivers report feeling afraid to ride in a self-driving car, and only 10 percent report that they’d actually feel safer sharing the roads with driverless vehicles.

As automakers press forward in the development of autonomous vehicles, AAA urges the gradual, safe introduction of these technologies to ensure that American drivers are informed, prepared and comfortable with this shift in mobility.

“A great race towards autonomy is underway and companies are vying to introduce the first driverless cars to our roadways,” said Greg Brannon, AAA’s director of Automotive Engineering and Industry Relations. “However, while U.S. drivers are eager to buy vehicles equipped with autonomous technology, they continue to fear a fully self-driving vehicle.”

In 2016, a AAA survey found that three-quarters of Americans reported feeling afraid to ride in a self-driving car. One year later, a new AAA survey found that fear is unchanged. While the majority are afraid to ride in a fully self-driving vehicle, the latest survey also found that the majority (59%) of Americans are keen to have autonomous features in their next vehicle. This marked contrast suggests that American drivers are ready embrace autonomous technology, but they are not yet ready to give up full control.

“U.S. drivers may experience the driver assistance technologies in their cars today and feel they don’t work consistently enough to replace a human driver – and they’re correct,” continued Brannon. “While these technologies will continue to improve over time, it’s important that consumers understand that today’s systems require your eyes on the road and your hands on the wheel.”

To educate consumers on the effectiveness of emerging vehicle technologies, AAA says it is committed to the ongoing, unbiased testing of automated vehicle technologies. Previous testing of automatic emergency braking, adaptive cruise control, self-parking technology and lane keeping systems has shown both great promise and great variation. This variation may be particularly concerning to consumers, with AAA’s survey revealing that 81 percent of Americans feel that automated vehicle systems should all work similarly and consistently across all vehicle manufacturers. Future AAA testing will look at how well systems work together to achieve higher levels of automation.

“Every year, we lose approximately 35,000 people on America’s roadways, most as a result of human error,” said Jill Ingrassia, AAA’s managing director of Government Relations and Traffic Safety. “Connected and automated vehicle technologies have the potential to dramatically reduce this number, and automakers, government agencies and safety organizations like AAA must continue working together to ensure that these new vehicles are safely tested and deployed.”

For additional information about the survey, including a fact sheet and infographics, click here.