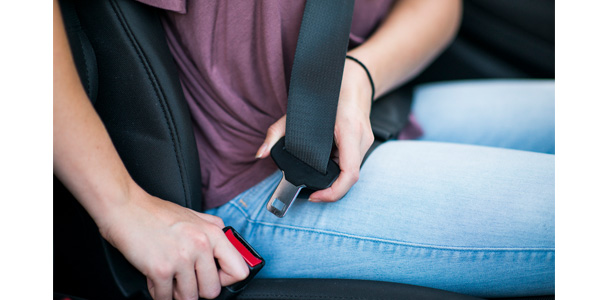 The Advocates for Highway and Auto Safety (Advocates) announced it has released the 16th edition of the annual Roadmap of State Highway Safety Laws, a report that rates all 50 states and the District of Columbia (DC) on their progress toward enacting 16 fundamental traffic safety laws. This year’s report shows that 406 laws are needed for all states to meet Advocates’ optimal recommendations. Additionally, no state has all 16 recommended laws.

With over 100 people being killed and 8,500 more being injured each day on average, Advocates says that state lawmakers across the nation should use this report as a guidebook for action as legislative sessions commence throughout the country. According to Advocates, if every state enacted just one law this session, substantial progress would be achieved at closing the more than 400 gaps in current laws.

This report comes at a time when significant focus has been on the development of driverless cars. These experimental vehicles are touted as a means to eliminate traffic crashes by removing the factor of human error. However, proven advanced technologies, currently in high-end models or offered as part of luxury packages, could be reducing crashes now.

“The theme of this year’s report is ‘until the day comes when driverless cars are proven to be safe, we can save countless lives by taking action now on verified technology and comprehensive laws,’” said Cathy Chase, president of Advocates. “Since Advocates’ founding in 1989, we have been promoting vehicle safety technologies backed by evidence to reduce crashes and save lives. While we are optimistic that automated systems, or ‘driverless’ vehicles, may have the potential to reduce, or even eliminate, crashes in the future, that utopic vision is still likely decades away. If we don’t change the status quo until driverless cars are ubiquitous, motor vehicle crashes will kill hundreds of thousands of people, injure millions more and cost our society billions of dollars.

“We know what to do. Enact strong laws and deploy proven technology. This combination will bring about meaningful change. It’s time for state and federal lawmakers to prioritize safety. We stand ready to help them succeed and save lives.”

Added Janette Fennell, president and founder of KidsAndCars.org and consumer co-chair of Advocates, “Lately there has been a great deal of focus on the flashy driverless cars of the future to remedy the issues plaguing our roadways, such as impaired and distracted driving and excessive speeding. However, the realization of that potential is a long way off. And, when we reach the time when driverless cars are on the roads with traditional cars, tried and true protections like seat belts, motorcycle helmets and child safety seats will remain incredibly important. This is why it is imperative that states take action now on implementing these basic safeguards.”

In 2017, crash fatalities reached 37,133. Additionally, over three million people were injured on U.S. roads in 2016, the latest year for which full data is available. This death and injury toll also imposes a serious economic burden on society. Each year on average, the comprehensive cost of motor vehicle crashes is over $800 billion – nearly $250 billion of which are direct economic costs, imposing a “crash tax” on every American of $784.