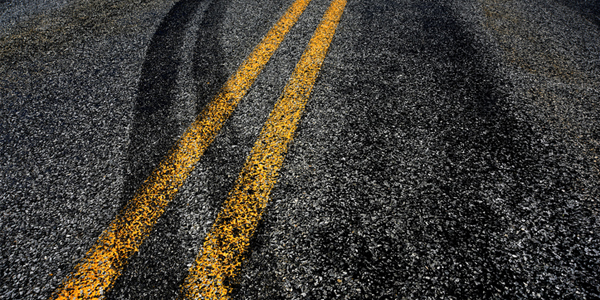 A new report from the Governors Highway Safety Association (GHSA) has found that in 2016, 44 percent of fatally-injured drivers with known results tested positive for drugs, up from 28 percent just 10 years prior.

A new report from the Governors Highway Safety Association (GHSA) has found that in 2016, 44 percent of fatally-injured drivers with known results tested positive for drugs, up from 28 percent just 10 years prior. More than half of these drivers had marijuana, opioids, or a combination of the two in their system.

While alcohol-impaired driving remains a significant threat to traffic safety, presence of alcohol in fatally-injured drivers is slightly lower than it was a decade ago, decreasing from 41 percent in 2006 to 38 percent in 2016. Some of the strategies that have been used to address alcohol-impaired driving can also be employed to deter drug-impaired driving, yet drug impairment presents several unique challenges. For example, there is no nationally-accepted method for testing driver drug impairment; there are an unwieldy number of drugs to test for; and different drugs have different impairing effects in different drivers. 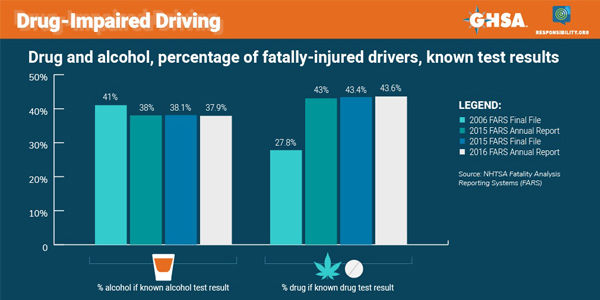 “Drugs can impair, and drug-impaired drivers can crash,” said report author Dr. Jim Hedlund, former senior NHTSA official and nationally-recognized issue expert. “But it’s impossible to understand the full scope of the drugged driving problem because many drivers who are arrested or involved in crashes, even those who are killed, are not tested for drugs. Drivers who are drug-positive may not necessarily be impaired.”

“Alcohol-impaired driving and drug-impaired driving can no longer be treated as separate issues,” said Ralph Blackman, president and CEO of Responsibility.org. “Drunk driving, which was involved in 28 percent of 2016 traffic fatalities, remains a critical issue; however, to curb impaired driving, we have to think about the combination of substances drivers are often putting into their systems at the same time.”

The task of detecting drug-impaired driving primarily falls to law enforcement. Over the past three years, GHSA and Responsibility.org have partnered to provide training for nearly 1,000 officers to better recognize and deter drugged drivers. These training tools – Advanced Roadside Impaired Driving Enforcement (ARIDE) and Drug Evaluation and Classification (DEC) – teach law enforcement the signs and symptoms of impairment by different categories of drugs. An additional 500 officers are expected to be trained through these grants within the next year.

“Too many people operate under the false belief that marijuana or opioids don’t impair their ability to drive, or even that these drugs make them safer drivers,” noted GHSA Executive Director Jonathan Adkins. “Busting this myth requires states to expand their impaired driving campaigns to include marijuana and opioids along with alcohol to show drivers that impairment is impairment, regardless of substance.”