Study from AT&T shows that nearly four in 10 smartphone users tap into social media while driving, almost three in 10 surf the net and one in 10 video chat.

New research from AT&T shows that nearly four in 10 smartphone users tap into social media while driving, almost three in 10 surf the net and one in 10 video chat.

Overall, seven in 10 people engage in smartphone activities while driving, with texting and emailing still being the most prevalent. But other smartphone activity use behind the wheel is now common. Among social platforms, Facebook tops the list, with more than a quarter of those polled using the app while driving. About one in seven said they’re on Twitter behind the wheel.

AT&T states that it will expand its It Can Wait campaign from a focus on texting while driving to include other smartphone driving distractions that have emerged as relationships with devices have changed.

“When we launched It Can Wait five years ago, we pleaded with people to realize that no text is worth a life,” said Lori Lee, AT&T’s global marketing officer. “The same applies to other smartphone activities that people are doing while driving. For the sake of you and those around you, please keep your eyes on the road, not on your phone.”

Smartphone activities people say they do while driving include:

Other unsettling findings include: 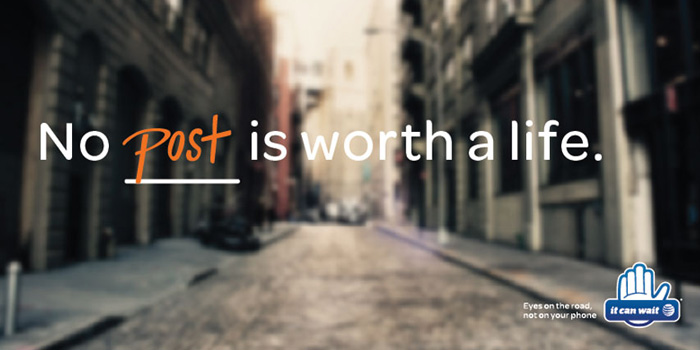 AT&T says it will use the survey findings to help drive awareness of the dangers of smartphone use behind the wheel and encourage life-saving behavior change. It will collaborate with social platforms to share the message, and will launch a nationwide virtual reality tour this summer to help people understand that it’s not possible to drive safely while using a smartphone.

Advertisement
In this article:distracted driving, It Can Wait

New Research Finds Smartphone Use While Driving Extends Beyond Texting