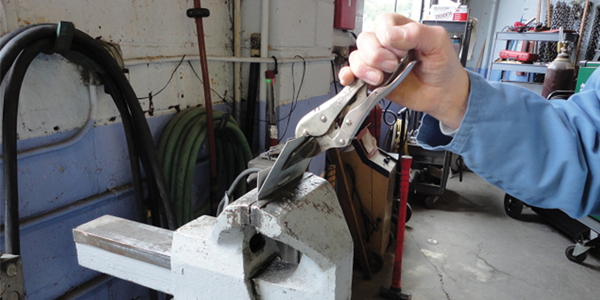 The survey indicates that more than one in four shops – 27 percent – reported being paid to set up and perform destructive test welds “always” or “most of the time” by the eight largest national insurers.

The latest “Who Pays for What?” survey has found that more shops are billing (and being paid) to set up and perform destructive test welds.

With now four years of data from “Who Pays for What?” survey data, Mike Anderson of Collision Advice can point to some changes within the industry that the survey results reflect.

“This summer, more than one in four shops – 27 percent – reporting being paid to set up and perform destructive test welds ‘always’ or ‘most of the time’ by the eight largest national insurers,” said Anderson, who conducts the surveys with CRASH Network. “That’s more than twice the percentage – just 12 percent – who found that to be true back in 2015 when we started the surveys.”

Back in 2015, Anderson said, about 81 percent of shops said they had never sought to be paid for performing test welds. That has fallen to about 64 percent today.

“Whether through the surveys or other training, shops are increasingly understanding the need to perform test welds, and can choose whether to bill for it when appropriate,” said Anderson.

He said the final of the four 2018 “Who Pays for What?” surveys, which focuses on aluminum repair, shop supplies and administrative processes, is open now through the end of October at https://www.surveymonkey.com/r/XPH5C3X.

Anderson said the survey, which will take about 15 to 25 minutes, can be completed by any shop owner, manager or estimator who is familiar with the shop’s billing practices and the payment practices of the largest national insurers. Each shop’s individual responses are held in the strictest confidence; only aggregated data is released.

Survey participants receive a report with complete survey findings at no charge, broken down by region, insurer, and DRP vs. non-DRP. The report also includes analysis and resources to help shops better understand and use the information presented.

The results of previous surveys are also available online at https://www.crashnetwork.com/collisionadvice.

Advertisement
In this article:Collision Advice, Who Pays for What

New 'Who Pays for What?' Survey Finds More Shops Billing to Set Up and Perform Destructive Test Welds