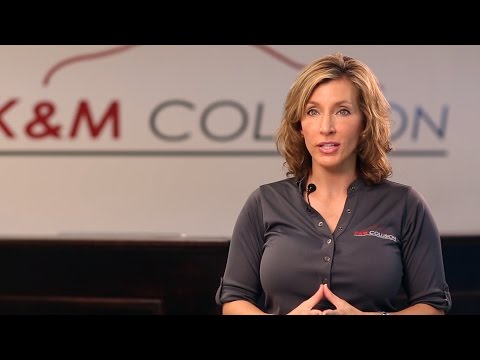 K & M Collision of Hickory, N.C., has posted a new video on YouTube applauding Louisiana Attorney General Buddy Caldwell’s recent action against State Farm for steering and explaining to the general public insurers’ strategy of “forcing inferior parts on cars and steering their policyholders to their preferred shops.”

“These kinds of unfair trade practices aren’t just a problem in Louisiana,” Meredith Bradshaw, owner of K & M Collision, says in the video. “They pose a threat to consumers here in North Carolina and throughout the United States.”

The video represents a new version of an older one that elicited a copyright complaint from the Insurance Institute for Highway Safety (IIHS) due to its use of one of the organization’s crash test clips. K & M Vice President of Operations K. Michael Bradshaw believes State Farm, who he says is one of IIHS’s partners, forced IIHS to file the complaint.

“The basis of their complaint was that we used a few-second clip of a crash test to give our viewers a sense of the way a ‘crash management system’ works,” says Bradshaw. “We found this clip on YouTube, created by what we thought was an independent, nonprofit organization dedicated to consumer safety. We’re also certain that our brief, educational use of this clip constitutes ‘Fair Use.’ However, we didn’t notice that this ‘independent, nonprofit organization’ was founded by State Farm.”

Bradshaw says K & M has countered the copyright claim through YouTube and is awaiting word on the outcome. He says the video has gotten the attention of the North Carolina Attorney General’s office and they have even taken an interest in the IIHS’s effort to remove K & M’s video from YouTube.

“We will be documenting State Farm’s efforts to get our content removed from the Internet and will continue to fight back and notify the industry press about their actions,” Bradshaw says. “People should know that the IIHS, supposedly a non-profit organization dedicated to highway safety, is nothing more than a puppet of State Farm, an organization responsible for putting unsafe cars on the road.”