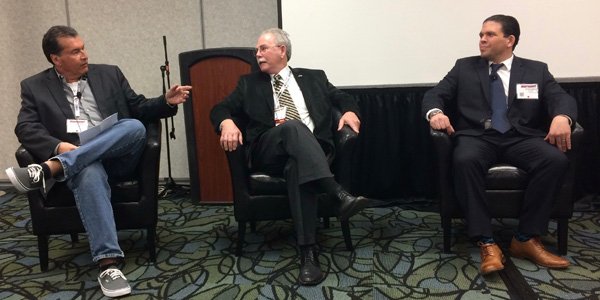 Body shop owners who participated in a panel discussion at the 2017 NORTHEAST Automotive Services Show said it’s not easy to become a certified collision repair shop, but it’s worth the effort.

From left to right: Gary Wano, owner of G.W. and Son Auto Body and moderator for the panel discussion; Tom Elder, owner of Compact Kars in Clarksburg, N.J.; and Jim Carvino Jr., co-owner of Rojo Collision Center in Brooklyn, N.Y.

Becoming a certified collision repair shop isn’t easy, but it’s worth it.

That was the consensus of four body shop owners who participated in a panel discussion at the 2017 NORTHEAST Automotive Services Show in Secaucus, N.J. Although the proprietors were brutally honest about the trials and tribulations of the certification process, they agreed that attaining certification is a worthwhile endeavor – especially as new vehicle technologies and materials add new layers of complexity to collision repair.

“It’s a big investment, it’s a big culture change, but I think if you want to stay in this industry, it’s going to be hard to survive without it,” said Jim Carvino Jr., co-owner of Rojo Collision Center, a father-son shop in Brooklyn, N.Y.

Carvino’s shop is a certified collision repair center for Audi, Mercedes-Benz, Porsche and Volkswagen, among others, and his technicians are in the process of obtaining Jaguar Land Rover certification as well, he said. While Carvino emphasized that certification “is the way the industry is going,” he said the benefits aren’t just tactical.

“There’s also something when you have that bad day and you look on the wall and say, ‘You know what, I’m a Mercedes-certified shop,’” Carvino explained. “Or I go on the Porsche website and I see my name and my shop. That’s meaningful to me. That gives you a little something back, because this industry can get to you sometimes.”

“At the end of the day, if you can get through it – just like any challenge – the reward is there,” Dorn said. “And not just from a monetary aspect. It’s knowing that the way you’re doing things is different than anyone else, and the repair is being done the way it’s supposed to be done. You sleep very well.”

There can be some sleepless nights during the process, though.

Dorn – who participates in certification training to see what the experience is like for his techs – recalled failing his first welding test during Tesla training, and failing another test during Jaguar Land Rover training. After that, it became “a quest” to get certified.

Tom Elder, owner of Compact Kars in Clarksburg, N.J., said he took great pains to prepare his technicians for Mercedes-Benz Tier 2 Elite Aluminum Structural Certification. The shop even brought in its welding equipment vendor to provide additional training. “And lo and behold, we failed the test,” Elder said.

Elder – a former welding instructor – said it was “embarrassing” that his shop failed, but like Dorn, he redoubled his efforts. It wasn’t cheap. To help his top welding tech train for a retest, Elder ordered a box of practice welding coupons from Mercedes-Benz – at a cost of $1,900.

Still, when asked if he had any regrets about pursuing certification for his shop, Elder said he “wouldn’t do it any other way.” Although his technician was crushed when he failed the first exam, the tech now aces every six-month retest, “and has a great relationship with the people at the [Mercedes-Benz] welding center,” Elder said.

He added that his shop averages one aluminum repair a week.

“The whole thing turns into a lot of time, a lot of effort and a lot of pride in what you do to make it work,” Elder said. “If you’re a welder and you’re doing these welding tests, I have great admiration for you, because I’m a certified welder, and I don’t think I could pass that test.” 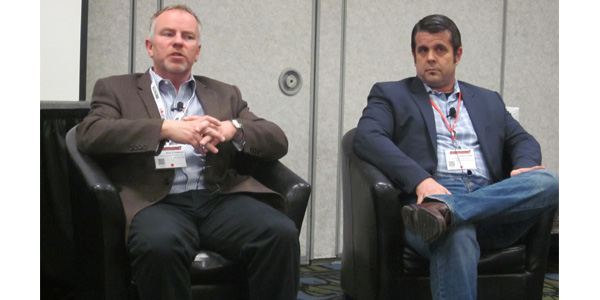 Carvino said he and his father began pursuing certification for Rojo Collision when they grew disillusioned with some of their DRP insurance partners, who seemed to be pitting local shops against each other. The Carvinos saw certification as a way for the shop to stand on its own.

“The DRPs helped us get to the point where we had the money to spend on all this certification,” Carvino said. “But it got to the point where [the shop was in a position to tell insurers], ‘Listen, I don’t need you anymore. So if you don’t want to pay my rate, you can take the program and go, because now I’m certified. You can’t cripple my business by leaving.’”

Today, Rojo Collision participates in two DRPs, and Carvino said he has a good relationship with those insurers. But the rest of his DRPs are gone. In general, when insurers specify alternative replacement parts, the shop’s certification status gives Carvino much-needed leverage to insist on OEM parts.

“When you have a customer come to you because you’re a Mercedes-Benz shop, from our experience, they don’t want to hear what Insurance Company ‘A’ has to say,” Carvino said. “Because when [the insurance company] starts with, ‘Well we have other shops,’ the customer usually says, ‘I went to [Rojo] because my dealer said they’re Mercedes-certified. I bought my brand-new S Class, and I want it to go to a Mercedes-certified shop.’ Most of the time, the customers have our back.”

Rick Starbard, owner of Rick’s Auto Collision & Service Center in Revere, Mass., said his shop has never participated in DRPs. He cited a different reason for getting certified: As vehicles incorporate more sophisticated technology – and become increasingly harder to repair – shops will need to specialize in certain vehicle brands to survive. Certification provides the training and resources to offer that specialization.