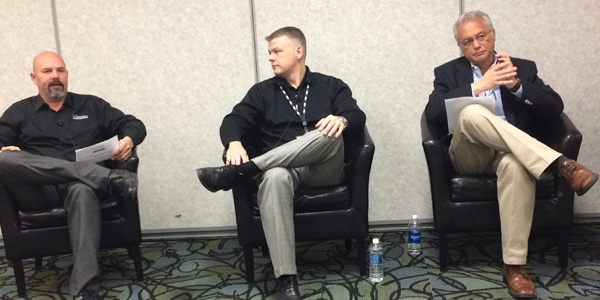 From left to right: Aaron Clark, vice president and general manager of Assured Performance (moderator for the panel discussion); Mark Mandl of Ford; and Dave Pyle of Toyota

As vehicles become more complex, OEM certification will play an increasingly important role in the collision repair industry, representatives from Fiat Chrysler, Ford, Honda and Toyota asserted during a panel discussion at the 2017 NORTHEAST Automotive Services Show in Secaucus, N.J.

“In the future, I think the certified shop is going to be the place to be,” said Gary Ledoux, assistant national manager, Collision Parts Marketing, for American Honda.

Honda launched its ProFirst certification program in 2015 to promote the proper repair of Honda and Acura vehicles. Ledoux, who manages the program, said there are 975 ProFirst shops in the United States (as of March 18), and the automaker aims to increase that number to 1,250 shops. “We’ll probably hit that sometime around June or July,” Ledoux added.

“We work extremely hard to get a customer, and to give them up over a poor repair – it’s not worth it,” Wayne added. “So we need to do everything we can to make sure that we have a network out there that can address and take care of our customers whenever there’s a need [for collision repair].” 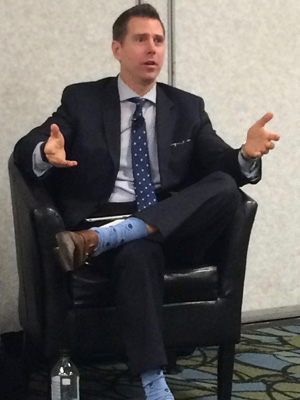 Brian Wayne: “We work extremely hard to get a customer, and to give them up over a poor repair – it’s not worth it.”

Toyota: ‘Late to the Game’

Toyota has approximately 200 body shops in its Toyota Certified Collision Center program and another 25 or so in its Lexus program, according to Dave Pyle, marketing manager, Wholesale Parts and Collision Development, for Toyota. The automaker would like to add approximately 25 certified shops this year, Pyle noted.

One of the biggest hurdles to getting more Toyota shops to pursue certification is the fact that the automaker doesn’t have a training center in the Midwest. Currently, Toyota has training facilities in Torrance, Calif.; West Caldwell, N.J.; and Jacksonville, Fla.

“We are working feverishly to fix this problem,” Pyle said, noting that there are fewer Toyota-certified shops in the Midwest than in the Southeast, Northeast and West Coast.

Another challenge: Toyota’s certification programs are open only to dealer body shops, although technicians from non-Toyota shops can attend Toyota training courses if a dealership sponsors them. That means out of nearly 8 million Toyota and Lexus vehicles on the road, Toyota shops are repairing maybe 20 percent of those vehicles, Pyle estimated.

Pyle said Toyota wants to launch a certification program for independent repair facilities and MSOs, but the automaker is facing a number of hurdles, including pushback from Toyota dealerships. The fact that Toyota is in the process of moving its North American headquarters to Plano, Texas, won’t make it any easier from a legal standpoint.

“Are we late coming to the game on this? Yes,” Pyle admitted. “We should’ve done this years ago, and we wouldn’t be in this position today.”

Still, he added: “We want it to happen tomorrow.”

Insurer Relationships: A Work in Progress

In theory, being certified for proper repair by a vehicle manufacturer should provide leverage for independent shops to negotiate with insurance companies. But certification still is relatively new, and Mark Mandl, collision marketing manager for Ford, admitted that the impact of certification on the shop-insurer relationship has been “a process of evolution.”

“We speak with insurers, and we try to let them know that [certified shops] are the preferred destination for vehicles to be repaired – in particular, vehicles that have unique attributes, like aluminum,” Mandl said. “That’s become a more common topic with insurers that I’ve spoken with. But it’s really difficult for us at this juncture to dictate exactly where that customer goes.” 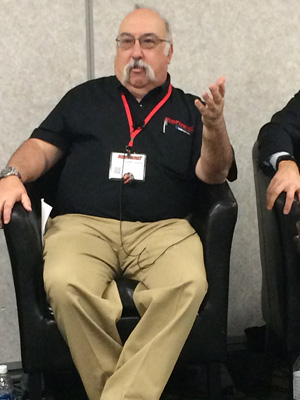 Gary Ledoux: “I’m not so sure that the insurance companies are totally buying the idea that a certified shop is necessarily any better than anybody else.”

For certified facilities in the Ford National Body Shop Network, Ford provides a letter stating that the shop is fully capable of repairing aluminum-body vehicles, and that Ford recommends the shop for aluminum repair, Mandl said. But regarding certification in general, Ledoux doubts that insurers are getting the message – yet.

“I’m not so sure that the insurance companies are totally buying the idea that a certified shop is necessarily any better than anybody else,” Ledoux asserted. “But as we move forward in time, as the certified shops become a larger and larger part of the landscape, and especially as cars become more and more sophisticated – and it’s going to take a lot more to fix the car right – I think the insurers aren’t going to be able to ignore it anymore.”

“At the end of the day, even though the insurance companies are trying to save a dollar, they do want the vehicle repaired properly,” Wayne said. “So as a certified [shop], it should improve your ability to get those jobs.”

As the technology and materials on vehicles become more complex, insurers will see the need for shops that have the necessary training and resources to properly repair those vehicles, Mandl added.

“They’re starting to also see that this isn’t necessarily higher-cost repair – it’s better-trained repair, it’s faster repair,” Mandl said. “[Insurers also are recognizing] that we all have a common customer, and we all want to do right by them. I think certification is a great measure for that.”