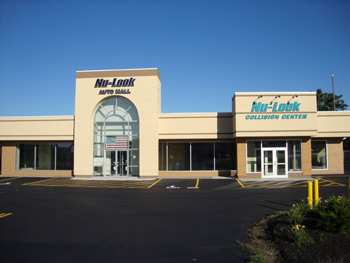 Nu-Look Collision announced that it has opened a new shop in Webster, New York, moving locations in the same city. The new center features a larger space to better serve their customers. The building was the former home of a dealership and had been vacant for more than four years. Renovations began last fall, and the company has turned it into a state-of-the-art auto mall. Nu-Look is officially up and running in their new location.

“Ever since the day we moved in, we have seen what a great town Webster is and are truly proud to be a member of this community," says Nu-Look President Todd Zigrossi. "With a much bigger shop and a prime location right on Empire Boulevard, we are very excited about our newest location in Webster.”

All of the employees from Nu-Look’s former Webster shop have remained, and the company will be looking to grow their workforce as the workflow expands.

Nu-Look Collision has ten locations in and around the Greater Rochester area. They have been in business for more than 30 years, employ more than 115 people and repair 11,000 vehicles a year.