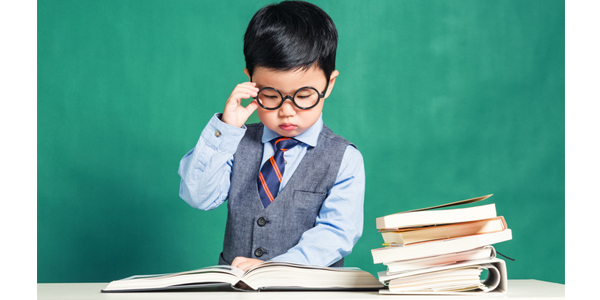 This month, I’ll please my history fans with more tales of body shop yesteryear, this time a look back at floor pots – the things we used long before the unicoupe auto (three sheetmetal boxes) became the industry norm and before almost every shop had a bench or rack to hold and pull them.

Hard as it is to believe, I apparently have a small fan base of loyal BodyShop Business readers (thank you both!). When I meet someone in our industry who recognizes my name from these pages, they mostly fall into three categories: 1) folks who like my tales of misdeeds, pranks and alarm from the old days, 2) folks who like my various bundles of industry benchmarks (typical ranges for measurable industry stats) or 3) folks who are pretty sure I’m wrong about everything. Presumably the rest of ya’ll just occasionally read my column, go “huh” at the end and resume work. This month, I’ll please my history fans with more tales of body shop yesteryear.

Owning the Shop Makes You Smartest

Long before the unicoupe auto (three sheetmetal boxes) became the industry norm and before almost every shop had a bench or rack to hold and pull them, we used floor pots. Floor pots, for those who weren’t there, are typically 3.5-inch diameter metal cylinders with a wedge shape at the bottom. Slowly drill a hole in the shop’s cement floor (at least six inches thick) with a diamond-bit, water-fed concrete drill. It takes a while. Once the hole is drilled straight, insert the steel cylinder with the wedge and pull the wedge upward until the pot is firmly stuck in the floor. Depending on the design, you pull up the wedge hydraulically with a chain or screw in hardened bolts until a specified tension is achieved. Although they make floor pots that could be placed and then poured into a new floor (same steel cylinders with welded re-rods like spider legs), I can say from personal experience that it is possible to pull a pot out of a poured – not drilled – concrete floor at only five tons. Bad surprise! Pour, cure and then drill is my firsthand advice.

No matter which pulling post system you choose, the manufacturer will have several carefully measured patterns to locate their anchors. Whether a set is 12 or 15 or 24 pots, their placement makes a huge difference. I sold enough pulling equipment that I owned my own concrete drill and hydraulic press rig. For many years, I’d show my shop customers the choices for the pot patterns: five feet between these and six feet between these and then two more out here three feet to cover rails. Or whatever exact arrangement the frame equipment folks suggested. Without exception for my first few years, my shop owner customers knew where the pots should go better than me. After all, it’s their shop, right? “Two over here, six in this corner, four over there, start drilling,” suggested my omniscient customers.

In one of the last shops where I shut up and “just started drilling,” the owner was one of those customers who you wondered regularly if they were worth the grief. By this time, I had enough experience with prior shops who had located their floor pots in something other than the carefully measured rectangles the equipment manufacturer suggested to speak up forcefully.

“You know,” I said, “I’ve sold lots of these and your random scatter pattern will be a mistake.”

“No, no, it won’t,” he insisted. “Put four in this stall, two out in the aisle behind each of these stalls and three over here, some more over there. They’ll be just where we need them.”

I even enlisted his techs, who would actually use the floor anchors, to push my cause. The two senior metal techs had both worked in other shops with pulling posts and chimed in that the factory anchor placement was the best choice. Even the vo-tech kid thought it was a mistake. But the magic in being the shop owner is, you do what you want. And we did it his way. (The last time I did that, by the way; from then on, if you wanted something other than a factory pattern, I rented you the drill and the press and you could do whatever you wanted.)

To sum it up, after they were crimped in the floor and some time passed, the senior techs told me the shop owner could have done as well or better if he had just stepped outside the office with 15 quarters and thrown them out onto the shop floor and sunk an anchor wherever they landed.

Dirt in the Paint

Often, the first thing my no-physics-for-me body shop owners did to get cleaner paint work in their crossdraft DeVilbiss or Binks spraybooth was to plug up what they figured were the biggest dirt leaks: the filter holes in the booth doors.

To recap the issue, a typical spraybooth in those days was a 24-foot-long metal box with a big fan on one end and filtered doors on the other. Those big fans moved about 10,000 cubic feet of air per minute (CFM) across the car. Somehow you had to get the next 10,000 CFM of air into the booth to feed the fan every minute. Filtered door assemblies could be purchased separately, and I had several shops build their own fireproof spray cabins out of cinder blocks or double 5/8” sheetrock and hang the pre-built doors in the entrance wall. In all cases, you need to get more – not less – air into the booth to ensure smooth airflow and clean paint work. But time after time, I had shops with dirt problems go the other way. Not more holes for the air, they figured less holes would let in less dirt. Right?

Sadly, no. The exhaust fan is going to need 10,000 CFM on a real regular basis, like every minute. So the next time I made a shop call to my “I’m smartest because I’m boss!” customer’s shops, I’d often discover they were sure they had outsmarted me by both plugging half the filter frames with windshield box cardboard AND changing pulleys on the fan so it didn’t move 10,000 CFM of air anymore. Now, the air moving through their spraybooth was both slow and weak enough it couldn’t clear the big clouds of overspray that siphon-feed spray guns discharged. So the painter couldn’t see very well, the fan was still turning faster than the few remaining filtered holes could feed it, and every door in the shop still slammed shut like a shotgun round when the booth was running. The best fix, of course, is to close up the air supply system and install an air-replacement furnace that produces at least 10,001 CFM.

Then as now, I contend that the dirt in the finish comes mostly from three sources: the painter, the vehicle and the spraybooth. Use a clean suit and head sock on the painter. Wash the car with soap and a drenching water rinse; unfold the tack rag to full size to help clean the car. Use the booth for nothing but painting. Buy the best quality filters available and have them installed carefully to keep the spray cabin clean.

And remember, more filtered area is way better than less filtered area – which is why I’m a big fan of pleated spraybooth filters. The frame is still 20” x 20” x 2” or whatever size your booth requires, but the filter media is four or five times larger than that. I also continuously stress that what actually distributes the downdraft airflow evenly around the vehicle in today’s spiffy downdraft spraybooths are the air-balancing filters pads in the ceiling. Don’t skimp on these. Lots of folks will sell you a “filter” that has the correct dimensional measurements but isn’t woven, layered or constructed to even out the huge rush of hot air from the air makeup furnace. Is the airflow at either bumper of the cars in your booth weak? Buy the better filters and see if it works more like it did when you first got it.

Owning the Body Shop Makes You the Smartest: A Look Back at Floor Pots and Dirt Problems

Insurers: How Low Will They Go?
Connect with us