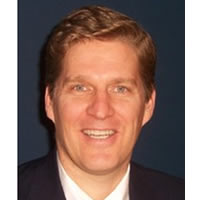 Sailer will serve as the company’s vice president of business development. Prior to joining PartsTrader, Sailer was chief executive officer of DKI Holdings LLC, a diversified services company focused on the disaster restoration contracting market, including the company’s flagship franchise company, Disaster Kleenup International Inc. During his 10-year stint, DKI’s system-wide revenue grew from $360 million to more than $1.1 billion. Plus, DKI achieved the No. 1 position in Qualified Remodelers’ annual ranking of the largest national contracting organizations for six of the last eight years. He also led the expansion of DKI into the insurance DRP market, growing the company’s claims referral business from less than $1 million in annual job value to the No. 2 position in the U.S. market over eight years.

Under Sailer’s leadership, DKI participated in two significant volunteer initiatives on a national scale. For the last two seasons, the company participated in every construction build on the popular ABC television series, "Extreme Makeover: Home Edition." DKI also signed on as the first national sponsor of the Safely Out program developed by Citizen’s Voice, an initiative that facilitates the safe evacuation of children, the elderly and the disabled whenever disaster strikes a community.

Sailer worked at CCC Information Services from 1990 through 1999. He was a member of the original CCC Autobody Services management team when the division was created in 1992, and he was responsible for the initial rollout of EZNet, CCC’s proprietary network which connected insurers and repair facilities electronically and processed more than $2 billion in job value annually. At the time of his departure, Sailer was group vice president of CCC’s product sales and delivery organization, responsible for all of the company’s insurance products. During his time at CCC, Sailer also was a member of the cross industry team that developed the first I-CAR training class for collision repair facility front office employees.

"I’m thrilled to be part of the PartsTrader team," says Sailer. "Having devoted most of the last 20 years of my career to developing and implementing business models that ensure the ability of the independent service provider to remain competitive and, in fact, prosper in a rapidly changing, increasingly challenging business environment, I’m excited that the company’s core values are so similar to my own. PartsTrader’s platform ensures in the fairest way possible that the businesses with the most efficient and effective business practices will thrive."

Prior to joining PartsTrader, Merrell spent six years with CSi Complete of Columbus, Ohio, where he most recently served as vice president of sales and service. He was a member of the company’s executive management team and directly managed many of CSi Complete’s large customer accounts in the collision repair supply chain. He also represented the company at the Collision Industry Conference and at events for the Society of Collision Repair Specialists, the Automotive Service Association and SEMA.

Over the years, Merrell has also served the collision repair industry in a volunteer capacity. He’s currently a director at large and board member of the National Auto Body Council, as well as a co-chair of the organization’s fundraising committee.

Holm joins PartsTrader as its first field relations manager. He’s responsible for developing relationships with repair facilities and suppliers and ensuring that their experience with the PartsTrader platform delivers tangible benefits to their respective businesses.

Prior to joining PartsTrader, Holm was vice president of sales for Collision Services Inc. of Hudson, Iowa, where he rose through the company’s management ranks over a 20-plus year career. Most significantly, Holm developed a keen understanding of collision repair facility operations through the thousands of visits he made to clients over the years.

Like Merrell, Holm has been active in larger collision industry initiatives, serving on the founding committee of the NABC’s Recycled Rides program as its collision repair shop coordinator. Recycled Rides is a community awareness project whereby NABC members repair and donate recycled vehicles to families in need throughout the U.S. It’s anticipated that the new PartsTrader team will continue to support and engage with the industry through association and organization participation and involvement.

"We’re delighted that professionals of Dale’s, David’s and Troy’s caliber are joining our rapidly growing team," says Rob Cooper, PartsTrader CEO. "Their in-depth knowledge of this market, their reputations for integrity and fairness, and their relationships with many of the industry’s key players will more easily facilitate the adoption of our technology in the U.S. collision repair market."

Sailer and Merrell will be based in PartsTrader’s corporate office in Chicago, while Holm will be located in Phoenix, Ariz.