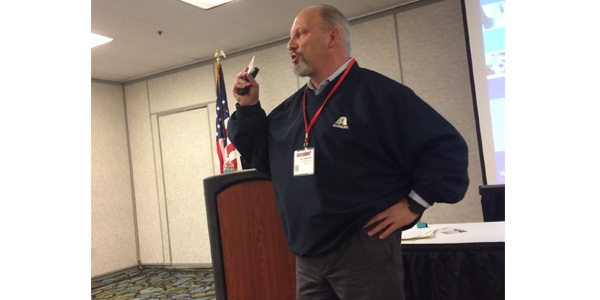 More shops now are being paid “always” or “most of the time” for nearly two dozen not-included body labor operations compared to a year earlier, according to the latest findings from the “Who Pays for What?” quarterly survey.

More shops now are being paid “always” or “most of the time” for nearly two dozen not-included body labor operations compared to a year earlier, according to the latest findings from the “Who Pays for What?” quarterly survey.

Mike Anderson of Collision Advice, creator of the survey series, is encouraged by the results.

“Though many of the increases are slight, and within the margin of error for the survey, there are a number of procedures that have seen significant jumps,” Anderson said. “Cleanup of airbag residue is a good example, rising nine percentage points since 2016.”

Newly released data from the “Who Pays for What?” body labor survey, completed this past April by a record 1,042 shops around the country, contained some other evidence indicating the surveys’ positive impact.

Of the 20 “not-included” body labor operations covered in both the 2016 and 2017 surveys, 18 had a higher percentage of shops (compared to a year earlier) now negotiating to be paid for them.

“If you don’t bill for it, you will never be paid for it, yet the biggest percentage of shops not billing for these procedures say they never thought of billing for them when they are required as part a repair,” Anderson said. “These surveys were designed to help raise that awareness.”

Each of the four different “Who Pays?” surveys explores a different area of shop operations. The current survey focuses on “not-included” mechanical and frame labor operations, asking shops how frequently they are paid for each of the operations by each of the eight largest auto insurers in the country.

Survey participants will receive a report with complete survey findings at no charge, broken down by region, insurer and DRP vs. non-DRP. The report also includes analysis and resources to help shops better understand and use the information presented.

Anderson said the survey, which will take about 15 to 30 minutes, should be completed by the shop owner, manager or estimator who is most familiar with the shop’s billing practices and the payment practices of the largest national insurers. Each shop’s individual responses are held in the strictest confidence; only aggregated data is released.

The current survey is open through July 31.

Advertisement
In this article:collision repair, insurance, insurer relations, mike anderson, Who Pays for What Survey

‘Who Pays for What?’ Survey: More Shops Getting Paid for Not-Included Body Labor Operations

CIECA to Hold Webinar on Cybersecurity