PPG has named Auto Color Supply of Murfreesboro, Tenn., as its 2009 Platinum Distributor of the Year. The award was presented to Auto Color Supply owner Pat Anderton at the annual Platinum Conference held Feb. 18-21 at the Green Valley Ranch Resort in Henderson, Nev.

“I never expected this,” said Anderton after the award was announced. “I was very excited and completely dumbfounded, speechless. I didn’t know what to say. It’s a real honor to receive this from PPG, and it’s something that everyone at our stores had a hand in.”

The award was presented by Bob Wenzinger, director of the PPG Platinum Program.

“Auto Color Supply has demonstrated consistent sales growth and participated in the Platinum Program’s training and business development offerings. That’s something Pat and his team has done very well,” said Wenzinger. “They especially performed well in a very difficult year. Auto Color Supply is an exceptional representative of PPG products and has the technical and industry knowledge to earn the trust and confidence of their customers. They truly deserve this award.”

Anderton bought Auto Color Supply in Murfreesboro from his sister and brother-in-law in 1983. Since then, he has expanded operations and opened stores in Shelbyville and Columbia, Tenn. His team of 12 employees sells a full line of PPG products. Anderton became a PPG Platinum Distributor in 2005.

The PPG Platinum Program began in 1995 as a loyalty and support initiative for PPG single-line distributors. The program aligns the technology, training and customer support of PPG with the entrepreneurship, customer awareness, local market knowledge and service capability of the independent distributor. 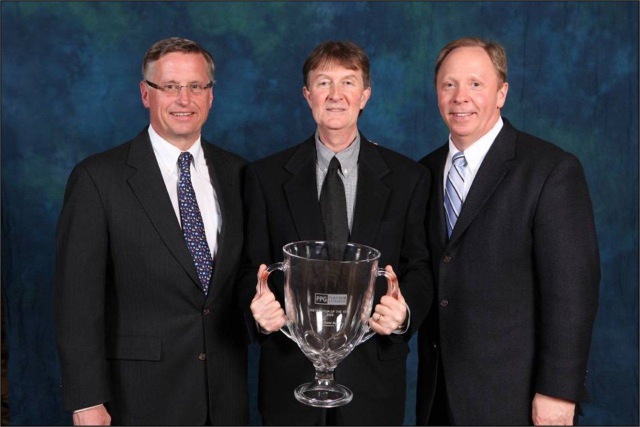