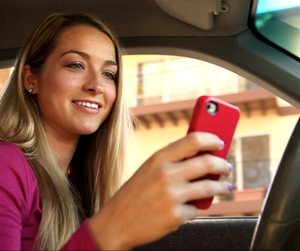 Jessen Productions/PreFab Ads has been named a bronze winner in the 35th Annual Telly Awards for its “Don’t Text While Driving” TV commercial titled, “Text Crash.” The commercial was one of nearly 12,000 entries from all 50 states and numerous countries.

In “Text Crash,” texting behind the wheel results in a serious accident for a young woman. The public service spot ends with the line, “Please don’t text and drive. We don’t need the business that bad,” followed by the logo of the sponsoring auto body shop.

Thus far, “Text Crash” has been licensed and re-branded by more than 30 independent auto body shops nationwide on an exclusive-by-territory basis.

“This is one of the most gratifying commercials I have ever produced,” said Chuck Jessen, writer/director/ producer. “Not only has it been earning public praise for the auto body shops running it, I’d like to think it might also be saving lives by getting young people to take this hazard seriously.”

Added Linda Day, executive director of the Telly Awards, “The Telly Awards has a mission to honor the very best in film and video. PreFab Ads’ accomplishment illustrates their creativity, skill and dedication to their craft and serves as a testament to great film and video production.”