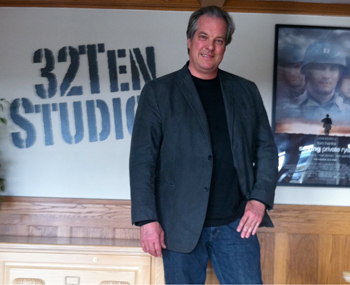 Chuck Jessen relocated Jessen Productions/PreFab Ads, maker of auto body TV commercials which can be licensed on an exclusive-by-territory basis, from San Francisco to 32TEN Studios in nearby San Rafael, Calif.

This famous facility was built by George Lucas and housed his filmmaking empire in the ’80s and ’90s. Films that were worked on there include Star Wars episodes, the Indiana Jones series, "The Mummy," the "Pirates of the Caribbean" series, "Saving Private Ryan" and "Die Hard."